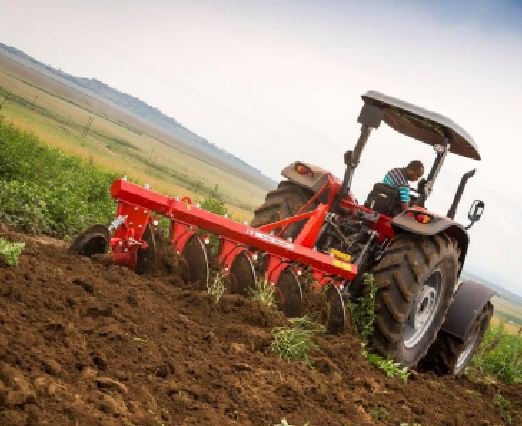 Foreign debt has slowly increased to US$7,4 billion, due to the country’s difficulties in accessing foreign lines of credit.
As a result, sovereign debt is now 113% of Zimbabwe’s GDP, estimated to be US$15 billion for 2017 by ZimTrade.
The government’s overdraft with Reserve Bank of Zimbabwe (RBZ) now stands at US$2,3 billion, nearly three times over the statutory limit of US$763 million. Government borrowing from the apex bank is capped at 20% of the previous year’s total revenues by Zimbabwean law.
The debt levels are now alarming, but what is more frightening is the growth in domestic borrowing from the time bond notes were introduced into the economy in November 2016 to date.
The value of Treasury Bills (TBs) issued by the government surged coincidentally from US$2,1 billion as of October 2016 to US$7,6 billion in August 2018, an increase of US$5,5 billion in a space of two years.
The key question on everyone’s lips is “what were the billions used for” and was it justified to borrow for such expenditure.
It is widely pointed that funding for command agriculture is the main driver for issuing short-term debt instruments into the economy such as treasury bills (TBs).
What makes the borrowing a cause for concern is that the country still imports tonnes of maize, wheat and soya after pouring billions into funding agriculture in the last three years.
Equally puzzling is the fact that various government departments continued to recruit more staffers despite the freeze on employment in the civil service.
The head count for the civil service increased from 248 000 as of 2012 to 298 000 as of June 2016 while gobbling over US$272 million per month in employment costs.
The government further offered civil servants a salary increment of 17,5% and an annual bonus in the run-up to the disputed July 30 elections. As a result, the civil service bill has already crossed the budgeted figure of US$1,69 billion in the first half of 2018.
Sovereign debt refers to the government’s debt. It is debt issued by the government mostly in a foreign currency through treasury bills (short term debt instruments) and bonds (long term debt instruments) in order to finance the country’s growth and development. Sovereign debt is also called government debt, public debt or national debt. Austerity measures are tight measures to significantly curtail government spending so as to control government debt, particularly when a country is at risk of defaulting on its TBs or bonds.
The risk is high if the level of debt reaches 80% of GDP, though there is no accepted level of debt to GDP percentage.

The European debt crisis of 2008 left many governments exposed, as most were falsifying debt figures to stay clear of poor credit ratings and continue borrowing.

Several countries, including the United Kingdom, Greece, Italy, Portugal and Spain, turned to austerity as a way to alleviate budget deficit concerns.
The major culprit in the crisis, Greece is slowly coming back to economic life, thanks to the tough austerity measures it adopted to manage the crisis and over US$280 billion in bailout packages from IMF and the European Central Bank.
Austerity measures linked to government expenditure are a contentious issue as leaders prefer political mileage, especially in Zimbabwe where the economy plays second fiddle to politicking.
This may explain the desperate move by treasury to milk more from weak taxpayers by increasing electronic transaction charges before cutting on its own spending patterns. It is important to point out that in the last three years, the government budget deficit has been growing from US$1,42 billion in 2016, US$2,52 billion in 2017 and US$1,35 billion (as of August 2018). The elephant in the room for the treasury is uncontrolled expenditure associated with civil service remuneration, which accounts for 90% of the budget during planning stages but in actual fact guzzles more than 100% of the budget since 2014.

The last move will wean the government from brewing corruption and inefficiency in a depressed economy. In the first half of 2018 alone, US$212 million was spent on recapitalising parastatals. From there, the government also needs to remodel command agriculture by channelling cheap funds to identified agriculture value chain partners through a state owned commercial banks such as Agribank, CBZ and ZB Bank. Farming is a viable business and funding needs to be directed to known producers who can increase output for strategic crops per identified hectrage.
This will solve red tape, corruption and cellphone farming where fly by night farmers receive free inputs every year and turn them to the black market.

Value chain financing in agriculture through banks benefits all the players involved in agriculture from producers, advisors, suppliers, buyers, banks and the government. This way government reduces risk, improves its tax base across the entire chain, creates sustainable employment and most importantly uses tax payer’s funds efficiently.
Key outcomes from austerity measures include curbing further budget deficits, which control the need for future borrowing. Future budgets can then allocate more funding to key aspects such as health care, public housing and amenities, subsidising key industries, roads and energy infrastructure, which have been neglected in the past years. The Zimbabwean economy can hardly grow if 100% of its budget goes towards civil service expenditure and austerity measures are avoided for political reasons. Austerity has never been a favourite for citizens world over but Zimbabwe desperately needs these measures to control runaway sovereign debt.

Bhoroma is business analyst with expertise in strategic marketing and business management aspects. He is a marketer by profession and holds an MBA from the University of Zimbabwe (UZ). For feedback, mail him on vbhoroma@gmail.com or Skype: victor.bhoroma1.