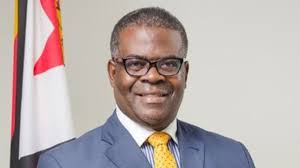 THE battle for control of Zesa Holdings has has taken a nasty twist amid revelations embattled executive chairperson Sydney Gata is trying to take the fight to Energy minister Fortune Chasi’s doorstep through scandalising donations the parastatal made to the parent ministry, Zim Morning Post has learnt.

The document is reportedly meant to silence Chasi who has been fighting to investigate corruption allegations against Gata.

While Chasi says an internal report was submitted to his office chronicling Gata’s alleged corruption cases those in support of Gata say the chairman is being attacked for firing corrupt managers.

Most of the donations that were made in 2019 were international foreign travels made by Chasi and other top ministry officials.

The document comes at a time when Chasi has suspended Gata to pave way for investigations over abuse of office by the latter.

However, in an interview Chasi, on Monday, said there was nothing sinister about Zesa sponsoring the ministry’s trips since all the trips were business-related and linked to Zesa.

“All parastatals pay for the travelling of their line ministries and there is nothing wrong with that,” Chasi said.

“The trips which the officials make are sanctioned by my principal (President Emmerson Mnangagwa) and are purely business trips,” Chasi said.

Last week, Chasi gave the Zesa board a five-day ultimatum to investigate corruption allegations against Gata.

The board vetoed to suspend Gata in order to start the said investigations.

He, however, defied the suspension and in turn suspended the Zesa board, alleging the board members were his subordinates and had no basis of investigating him.

Gata is under-fire for allegedly allocating for his personal use five company vehicles, scuttling the disciplinary hearing of a top executive, spending $10 million on Christmas parties, sending four consultants to South Africa, and setting up a trust to mine gold.

Gata’s appointment as the power entity’s executive chairperson in 2018 was described by some as a step backwards as he was previously fired twice from Zesa on allegations of corruption and mismanagement.

However, Chasi insisted his decision was informed by the need to bring somebody with a clear and thorough understanding of the goings on at the power utility.