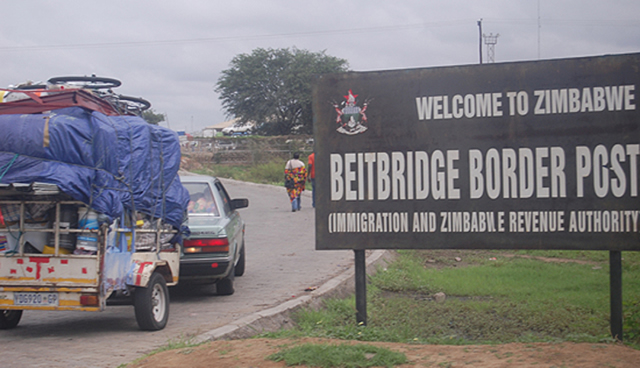 Thupeyo Muleya Beitbridge Bureau
Government has declared the town of Beitbridge a Special Economic Zone as the new dispensation intensifies its Zimbabwe is open for business thrust to stir national economic development.

The proclamation was made in an extraordinary gazette published on September 28.

Other towns and cities which were recently accorded with same status are Victoria Falls and Mutare.

According to the notice, the declaration was made under the premise of Section 20 of the Special Economic Zones Act Chapter 114:34.

Beitbridge’s acting town clerk Mr Loud Ramakgapola said the development was welcome considering that the town had adopted a robust strategy to attract investment to the town, which was recently upgraded to a municipality.

“This is a welcome development considering that we are busy marketing our town to promote investment and the coming in of a Special Economic Zone (status) is a huge boost for us. We think this will help us to attract more investment into the town and make it bigger than it is,” he said.

“You will note that were recently upgraded into a municipality and as we move forward, we want to turn this town into a proper urban set up. One of the things we have done as a council is to look at rural areas and turn them into the urban settlements.

“We are in the midst of mordernising some of the places, including Dulivhadzimo Bus Terminus. We also want to work on the pricing of our stands to see if we can attract the right investors to boost economic and infrastructure development.”

Mr Ramakgapola said Beitbridge town was strategically located at the country’s and Sadc’s busiest port of entry where economic activity was high.

He said they were plenty of opportunities in infrastructure development, accommodation and tourism sectors in the town.

Mr Ramakgapola said the municipality would soon set up an information centre within the town to aggressively market business opportunities.

“We are currently working on quotations to carry out the naming of streets and suburbs as we move a gear up in re-organising and transforming the town into a modern urban settlement.

“Hopefully by the end of October we would have named some of the streets and suburbs,” he said.