Zimbabwe’s vice president Constantino Chiwenga is reportedly on “special diet”, with the presidential spokesperson George Charamba hinting that he is battling “serious ailment”. 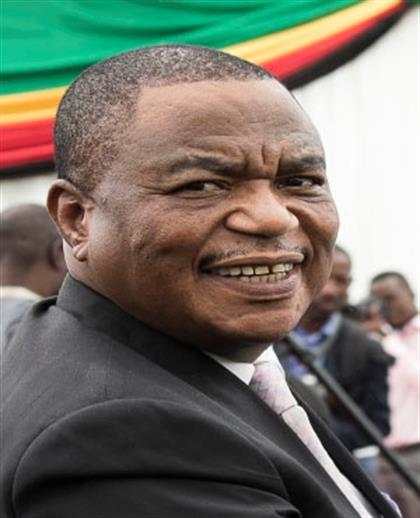 Zimbabwe’s vice president Constantino Chiwenga is reportedly on “special diet”, with the presidential spokesperson George Charamba hinting that he is battling “serious ailment”.

According to New Zimbabwe.com, Charamba said that Chiwenga was on special diet, adding that he was developing stomach acids that were “very bad”.

The former military chief was now recovering from home and would miss work for a while, Charamba was quoted as saying.

“Apparently, you have to give it time to allow internal body tissues to heal both large and small intestines were attacked. But he must also remain calm and rested to sure that there is no relapse into excessive secretion of acids in the body. He is on a special diet because of the delicacy in his stomach,” Charamba was quoted as saying.

A Herald report said that the vice president was in good spirits when President Emmerson Mnangagwa visited him at his residence this week following his return from South Africa.

The report said that the two spent at least two hours together.

Chiwenga had to be airlifted to South Africa after he fell sick ahead of a cabinet meeting on October 2, reported the privately- owned NewsDay newspaper.

At the time, the Herald newspaper quoted Charamba as saying that Chiwenga was receiving medical attention on the effects of the Bulawayo bombing incident in June.

Chiwenga was not previously reported to have been injured in the blast, which killed two security aides and injured dozens of others, including his wife Mary.

State TV at the time showed him in apparent good health, visiting the injured in hospital in Bulawayo alongside Mnangagwa.

Chiwenga, 61, was the military general who led the ousting of veteran leader Robert Mugabe in November when the army briefly took control and ushered Mnangagwa to the presidency.