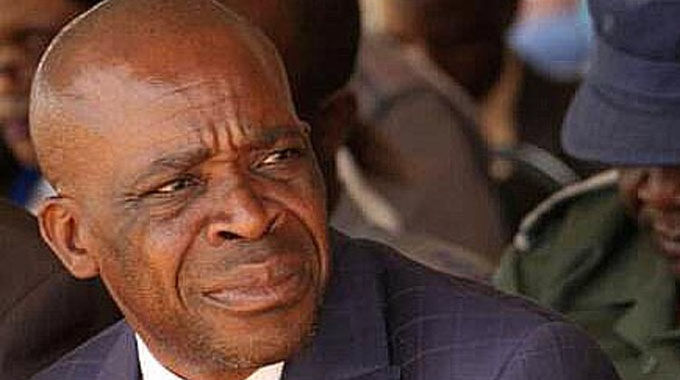 Lawrence Chitumba Correspondent
FORMER Zanu-PF Mashonaland Central provincial chairperson and key member of the infamous G40 cabal, Dickson Mafios, was yesterday sentenced to 11 months in prison with an option of a fine for skipping the border in contravention of the Immigration Act.

Mafios (51) of Plot Number 2, Insingizi Farm, Bindura, was convicted on his own plea of guilty when he appeared before Bindura magistrate, Mrs Vongai Guwuriro yesterday.

Mafios, who was represented by Mr Graciano Chapupu Manyurureni of Manyurureni and Company Legal Practitioners, was sentenced to six months with an option to pay a fine of $300, while the other five months were suspended on condition that he does not commit a similar offence in the next five years.

The prosecutor, Mr Brighton Korera, told the court that in November 2017, Mafios exited Zimbabwe through Nyamapanda Border Post into Mozambique following Operation Restore Legacy that was instituted by the Zimbabwe Defence Forces.

Mr Korera said on November 25, 2017 he flew from Mozambique to South Africa where he was supposed to stay for three months.

He returned to Zimbabwe after three months through Beitbridge Border Post before returning to South Africa through a place and date unknown to the State between February 20 and April 7, 2018.

Mr Korera said on April 8, Mafios exited South Africa and entered Zimbabwe through Beitbridge Border Post, where his passport was stamped by the country’s Immigration Department.

“On May 10, 2018, police detectives got information that Mafios had exited Zimbabwe through an illegal point.

“He was questioned and failed to give satisfactory answers leading to his arrest,” said Mr Korera.