Brace for another bread price hike 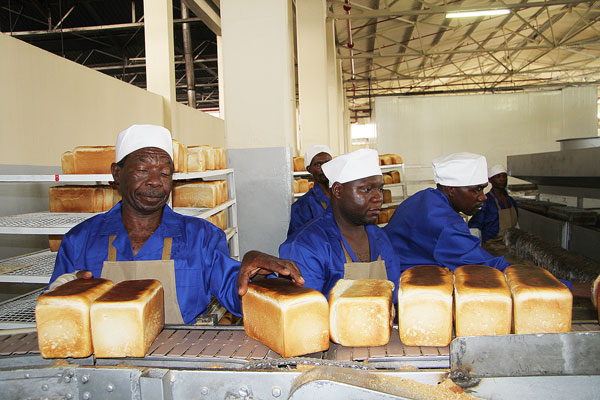 PRICES of basic commodities, among other crucial daily requirements like fuel, have continued to skyrocket, with the Grain Millers’ Association of Zimbabwe (GMAZ) warning that the cost of bread is likely to go up again from the current $1,10 if government does not urgently respond positively to their wheat import subsidy request.

Following President Emmerson Mnangagwa’s re-election on July 30, which the opposition MDC Alliance is challenging, prices of basic commodities have continued to skyrocket amid indications that the hikes are in response to the instability on the parallel foreign currency market.

While government insists that the bond note, which was introduced as a stop-gap measure following the disappearance of United States dollars on the formal market, has the same value with the greenback, on the streets, it is pegged at between $180 and $190 against US$100 on the informal market.

GMAZ this week warned of another bread price hike owing to the low wheat supply, with chairperson Tafadzwa Musarara on Thursday saying this could only be averted if government accedes to their request for a subsidy.

“We have requested for a subsidy of $50 per tonne from government and for the bakers to get $7 million per month for them to buy other ingredients other than flour so that the bread price comes down to $1. We are still waiting for a response. We submitted our request just before the new Cabinet was appointed,” Musarara told NewsDay Weekender.

The price of bread recently went up to $1,10 due to the low supply of wheat, a situation further compounded by high operational costs and foreign currency shortages to purchase other raw materials.

Bakers argue the cost of production of bread keeps going up, leaving them with no choice, but to increase its price.

Wheat and fuel are products that are on the priority list of the Reserve Bank of Zimbabwe in terms of allocation of foreign currency.

Musarara said the $1,10 bread price was untenable and would result in the product disappearing from shop shelves unless the price is further increased or government intervenes.

“And while we are waiting for that intervention to happen, we are now facing two tough choices: one, if we maintain the prices, bread will not be available, and two, if we increase the prices, the product will be available and we felt that increasing prices is a better devil (because) at least the product is available while other interventions happen,” Musarara said.

Nearly the prices of all basic commodities such as mealie-meal, meat, soap, toiletries, rice, sugar and vegetables are spiralling out of control due to a currency crisis fuelled by foreign currency shortages.