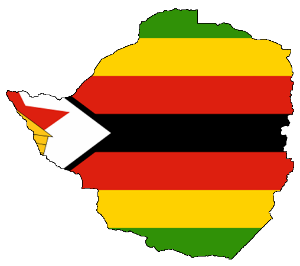 Public and private investors eager to tap into Zimbabwe’s internet backbone stand to benefit from a US$5 million infrastructure development funding vehicle approved by the Infrastructure Development Bank of Zimbabwe (IDBZ).

They said potential funders are seeing opportunities in brownfield and greenfield investments in the sector, although this is generally dependent on policy certainty and solutions to monetary issues that continue to impact the country’s economy.

The IDBZ acknowledged on Thursday that “inadequate project development is a major bottleneck to attracting investment on most infrastructure projects”.

Zimbabwe has made advances in internet connectivity although mobile internet remains the biggest platform for connectivity and this is behind the focus on fibre optic network development.

The roll-out of backbone infrastructure for fibre connectivity in Zimbabwe is also seen as aiding e-governance projects that the government is pursuing.

IDBZ has now called for public corporations, local authorities and private entities to apply for funding under its newly approved US$5 million for the Project Preparation and Development Fund.

It said eligible projects for the fund also include “optical fibre backbone and connectivity projects” under the ICT category.

Zimbabwe has internet penetration rate of around 50%, leaving immense potential for expansion of existing projects and funding of new ones, said ICT experts.

“Apart from the dominance of Econet and TelOne in broadband internet, there is still more space for other investors, especially in urban residential areas and in rural areas,” said Harare-based tech consultant Moses Taurai.

Recently appointed ICT Minister Kazembe Kazembe has been charged with spearheading legislations and policies aimed at curbing abuses of the internet through finalisation of the Cyber Crimes Bill into law, say officials from the ministry.