But demand genuine electoral reforms to freely choose own leaders 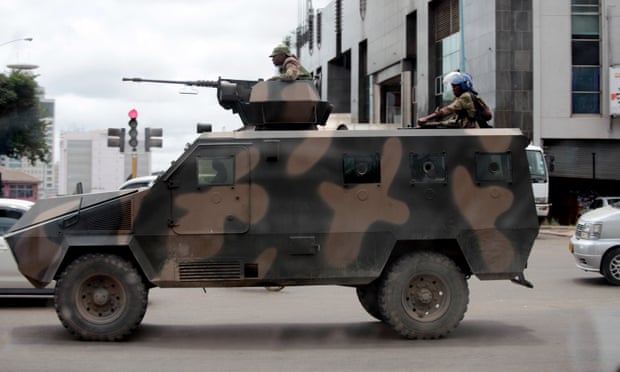 If there is anything that Zimbabweans should have regrettably learnt the hard way, over the past years, is never to support or celebrate ZANU PF internal factional fighting, especially when this culminates in military intervention (in other words, a coup d’etat) – as these not only have absolutely nothing to do with the welfare and wellbeing of the over-burdened ordinary people, but actually intensifies our suffering.

As Zimbabwe shamefully and remorsefully looks back to the events of November 2017 – further aggravated by the recent upsurge in unconfirmed media reports suggesting the military’s disgruntlement with the current dispensation, which it ushered in two years ago through a coup d’etat that ousted long-time dictator Robert Gabriel Mugabe – one can not help being gripped by an uneasy sense of apprehension by the grim prospects of a repeat of that nightmarish event.

It is quite understandable why a vast majority of this country’s citizenry would have committed such a myopic and, evidently lethal, mistake of resoundingly celebrating and supporting the military intervention of November 2017 – as we had endured untold suffering, oppression and brutality at the hands of Mugabe for 37 years, and thus, would have welcomed anyone who came along promising to rid us of this millstone around our necks.

The people of Zimbabwe had become so desperate – a very dangerous place to find oneself in, as this undoubtedly clouds all discernment – that they inadvertently sold their souls to the devil by celebrating and supporting the overthrow and replacement of one unrepentantly, irreversibly, and unredeemably corrupt, incompetent, oppressive, and brutal leadership with another one.

In fact, there was nothing ‘new’ about the leadership that replaced Mugabe, as these had always been the very same people who were central to his 37 year long reign of terror, such that it was grossly foolhardy for anyone – no matter how desperate for the removal of the ailing nonagenarian leader – to have expected anything different to emerge.

This coup d’etat was merely the re-packaging of the same old toxic, horrendous and hideous regime that the people of Zimbabwe had suffered at the hands of, since the country attained independence from British rule in 1980 – as the events of the past two years have attested to, characterised by the gunning down of scores of innocent unarmed people during the riotous events of 1 August 2018 and January 2019 (whose perpetrators have never been brought to book, despite the recommendations of the Kgalema Mothlante Commission of Inquiry), alleged abductions of several political and labour activists, banning of opposition demonstrations and rallies, as well as treacherous economic incompetence and corruption that has reduced the citizenry to starving paupers within two years of the military intervention.

Let us also not forget that the so-called new dispensation’s heinous activities were committed within a space of only two years after taking over power! We can just imagine what is in store for the people of Zimbabwe in the next few years. Let us further consider that all this occurred at the height of the ‘new’ administration’s re-engagement efforts, when they were ostensibly trying to portray themselves as ‘open for business ‘, valuing democratic principles, and ‘removing criminals around the then president Mugabe’.

If this is how the government treats its people when supposedly at their best behaviour, I shudder to imagine what they would do at their worst!

Furthermore, none of these ‘criminals around Mugabe’ has ever been seriously and genuinely prosecuted, convicted and sentenced. Similarly, criminals around the so-called ‘new dispensation’ and ‘Second Republic’ have never been held to account and made answerable.

As a matter of fact, what the people of Zimbabwe have witnessed is an increasingly  insatiable appetite for the wasting of millions and millions of dollars in aimless and extravagant foreign travels, useless anti-sanctions marches and pre-budget seminars, purchasing of luxurious cars, residing in five star hotels for months on end, and seeking expensive medical care in foreign facilities by those in power – whilst, the ordinary people, who pay for all these through predatory taxes, wallow in abject poverty.

As should be now abundantly clear to all Zimbabweans – even to those who were so desperate as to celebrate and support the November 2017 military intervention – there is only one way for true positive change in this country. Genuine electoral reforms, which enables the people of Zimbabwe to freely and fairly choose their own leaders. Period.

The military has absolutely no prerogative to decide who should lead this country – no matter how unpopular that leader becomes. According to Section 212 of the country’s constitution, “The function of the Defence Forces is to protect Zimbabwe, its people, its national security and interests and its territorial integrity and to uphold the constitution”. That is all.

No where is the right for the military to install and remove a sitting government enshrined in this supreme law of the land. If anything, Section 208 (2) makes it unequivocally clear that the security services are prohibited from acting in a partisan manner, further the interests of any political party, prejudice the lawful interests of any political party or cause, or violate the fundamental rights or freedoms of any person.

As such, the military should not violate the people of Zimbabwe’s Section 67 fundamental rights and freedoms to free, fair and regular elections for any elective public office, to make political choices freely, to vote in all elections and referendums, and to stand for election for public office, and if elected, to hold such office.

In fact, as was witnessed in the November 2017 coup d’etat, this was plainly the climax of a purely political party issue – characterised by years of ferocious, fierce and vicious internal factional fighting within the ruling ZANU PF by those vying to replace Mugabe, resulting in the sacking of two consecutive vice presidents, Joice Teurai Ropa Mujuru on 9 December 2014, and then Emmerson Dambudzo Mnangagwa on 6 November 2017 – which effectively triggered the military intervention.

Something that the broad populace believes was a blatant violation of the constitution  – in spite of a subsequent controversial Constitutional Court ruling.

What is urgently demanded by the citizenry of Zimbabwe is for all electoral laws in the country to be legitimately aligned to the constitution – which, on paper, is one of the best in the world.

For starters, laws have to enforce that the Zimbabwe Electoral Commission (ZEC) complies with Section 239 (a)(iv) of the constitution, that mandates it to ensure that elections and any referendums are conducted efficiently, freely, fairly, transparently and in accordance with the law.

Similarly, electoral laws must adhere to constitutional principles, such as being peaceful, free and fair; free from violence and other electoral malpractices; ensure that all political parties and candidates contesting an election have reasonable access to all materials and information necessary for them to participate effectively, as well as fair and equal access to electronic and print media, both public and private; and that whatever voting method is used is simple, accurate, verifiable, secure and transparent (Sections 155 and 156).

Additionally, rights such as the freedom of assembly, to peacefully demonstrate and petition, conscience, expression and media, and political rights (Sections 58, 59, 60, 61 and 67) should be respected without any impediments.

Traditional leaders – who include chiefs, head persons or village heads – must not be members of any political party or in any way participate in partisan politics, act in a partisan manner, further the interests of a political party, or violate the rights and freedoms of any person – especially, as has been widely reported before, demanding voter registration numbers from villagers, or intimidating them to vote for a particular party (Chapters 280 and 281).

Crucial aspects of any democratic dispensation, that are glaringly missing in our current political landscape.

Until and unless these tenets of democracy are seriously and genuinely addressed in Zimbabwe, we can never claim to be a democratic Republic – as these are the rights that the citizenry deserve and are endowed with through our supreme law.

The people of Zimbabwe are quite capable of making their own political decisions, and as such, do not require any one else – especially, the military – to decide for them. As I warned before in several articles written soon after the November 2017 coup d’etat, this only serves to set a very dangerous precedence in our nation, as the military would feel entitled to intervene whenever they desire.

As much as we can not stop those wielding guns and driving tanks from staging a coup d’etat, we can, nonetheless, stay away and show that we do not approve or condone such undemocratic manoeuvres – which only serve a few people already enjoying the trappings of power and wealth, whilst our basic rights as the citizens of this country to choose our own leaders are vulgarly transgressed.

If such is tolerated, who is to guarantee that it will remain limited to the ousting of notorious leaders – as even any future freely and fairly elected popular government could easily fall prey to such brazen military interventions? What would we say then?