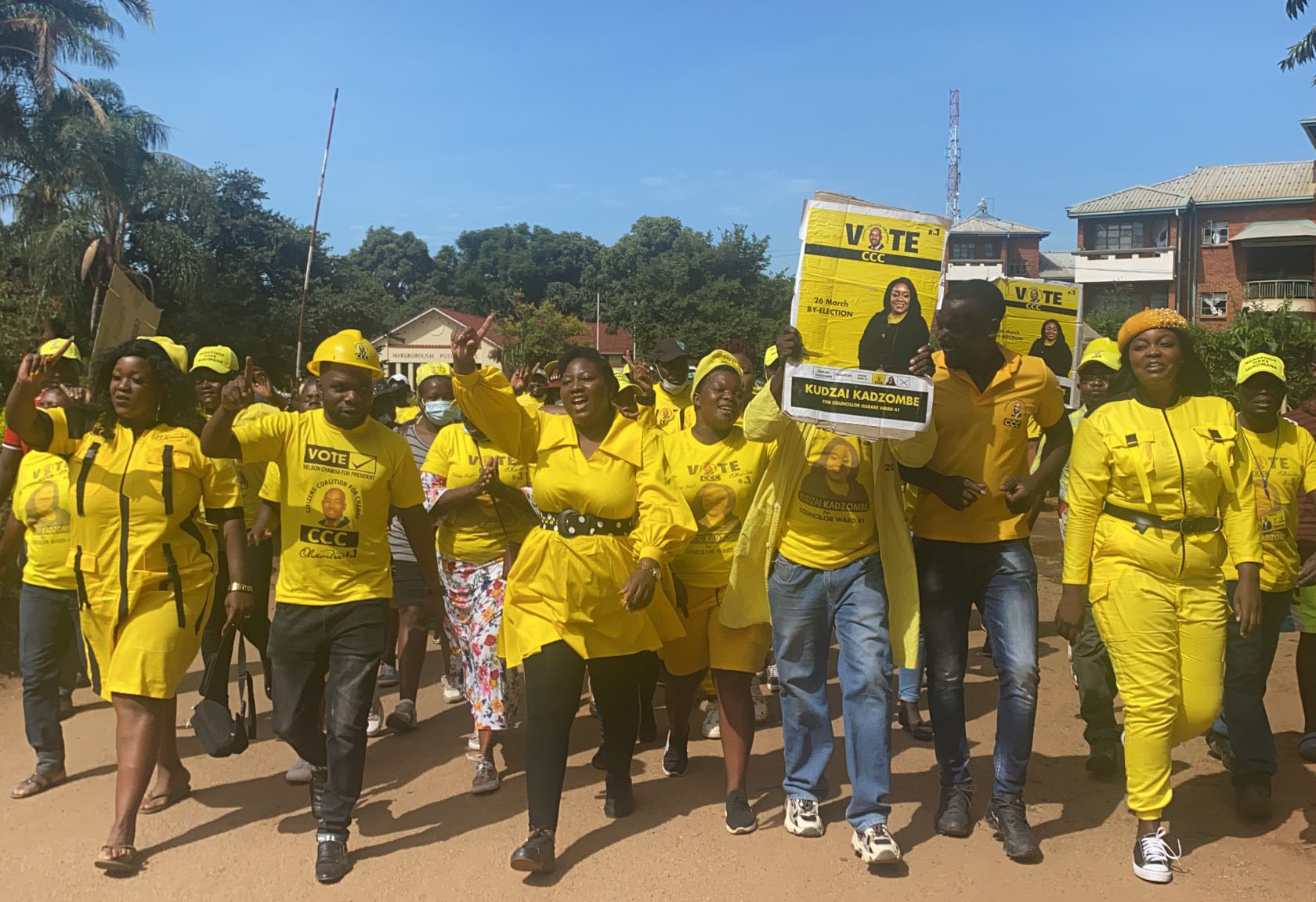 BY TAFADZWA KACHIKO
ZANU PF and Citizens Coalition for Change candidates in St Mary’s, Chitungwiza, have traded accusations of defacing each other’s campaign posters ahead of the March 26 by-elections.

Tarusenga, a former St Mary’s MP before he was recalled by MDC Alliance leader Douglas Mwonzora in 2019, described the incident as an act of ‘political violence’.

“I don’t take delight in violence. This is not my first time to contest. It is actually the third and ever since I ran for the St Mary’s seat I did not witness violence being perpetrated by my rivals.

“Right now, I am realising that my fellow contestant from the Zanu PF party thinks that violence will make him win the elections. He thinks that putting his posters on top of mine and defacing mine will assist him to win. I implore him to find better ways of winning the electorates’ hearts,” Tarusenga said.

Jinjika on the other hand claimed Tarusenga’s supporters were pulling down his campaign posters.

“I don’t have a hand in that. In actual fact it is my posters that are being removed. I have since reported the matter to St Mary’s Police Station and Zimbabwe Electoral Commission  offices at Seke Teachers College. Police said they were unable to take action.”