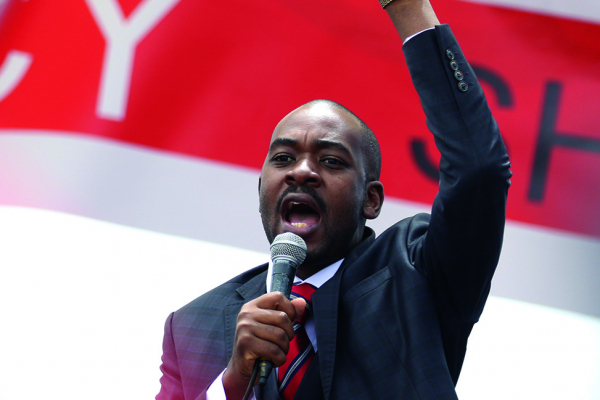 Chamisa told NewsDay that the pattern of displacements in the country was disturbing, especially the fact that government had been backing capitalists embarking on mining and other projects.

His comments came shortly after a Chinese miner bragged that it had authority to displace the villagers because they had no title deeds to the land they were occupying.

Chamisa said it was even more disturbing that the same unsettling pattern happened in Chilonga, Chiredzi in Masvingo province, the diamond rich area of Chiadzwa, ethanol projects in Chisumbanje, and other resource-rich areas where locals were displaced.

“It is not an isolated incident, these things which are happening in Uzumba and Mutoko. It is a system where the ordinary people are disregarded and thrown off their land for the benefit of the elite,” Chamisa said.

Mutoko villagers are up in arms with government over its decision to evict them to pave way for a Chinese miner to extract black granite and gold.

Presidential spokesman George Charamba recently took to social media, accusing the MDC Alliance of feigning to care about the welfare of locals.

“He has a mercenary mindset. We are a people-centred party which believes that Zimbabwe is not for sale and should not be sold. On the other hand, they are selling the country to their friends at the expense of our people. They sold Chisumbanje, Uzumba, Chilonga and parts of Hwange and they do it without shame,” Chamisa said.

A week after Chamisa dispatched a fact-finding mission to Uzumba and Mutoko, Cabinet also dispatched Local Government minister July Moyo to Uzumba to have an appreciation of what was happening there, although government initially denied that villagers would be displaced.