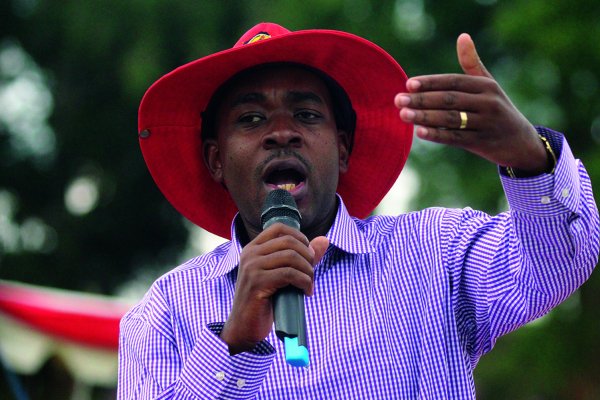 Senior party officials told NewsDay that a team of lawyers led by Advocate Thabani Mpofu would divulge the details of the court challenge today.

Chamisa had earlier tweeted: “I’ve just finished going thru (sic) the evidence per our agents and V11 forms from across Zimbabwe. We WON this election emphatically. Zec’s figures are falsified & inflated in favour of the outgoing President. We are ready for the inauguration and formation of the next government #Godisinit.”

Highly-placed opposition sources told NewsDay last night that the court challenge was aimed at reversing the declaration made by Zec chairperson Justice Priscilla Chigumba using V11 forms, mostly from Harare polling stations, which they alleged were inflated to give Mnangagwa higher margins.

“The idea is to nullify the result by showing that there was an inflation of figures towards the winner. We will have to provide evidence towards that effect to overturn the .8% which ED got to avoid a rerun. Harare province V11 forms are sufficient to remove this .8%,” the source said.

Chamisa’s legal team will then go to the second part of the challenge, which involves proving that Chamisa garnered more that 50% plus one vote, which entitles him to be declared winner and sworn-in as President.

At the centre of the challenge, the source added, were the discrepancies on the figures announced by Zec, which indicated that National Assembly voter turnout was 75%, while that of presidential was 85%, without giving reasons for the 10% difference and showing evidence that either 10% of the voters only voted for the President and neglected the legislators’ ballot papers.

The sources added this would be difficult for Zec given that Mnangagwa was outpolled by his legislators at almost all polling stations.

Chamisa, according to Zec, polled 44,3% of the vote in the July 30 watershed election, while Mnangagwa got 50,8% of the total votes cast.

The court challenge would likely affect Mnangagwa’s inauguration, which has been tentatively set for Sunday at the National Sports Stadium unless the Electoral Court fast-tracks the matter and conclude it before the day.

The court will have at least 14 days to conclude the matter before Mnangagwa can be sworn in if the result is not overturned.

Asked to confirm if the court application had been made, Chamisa’s spokesperson Nkululeko Sibanda said: “We will know by tomorrow.”

There have been calls for Chamisa to accept the results and try again in 2023 given that he still has age on his side. Internally, vultures were already circling above him with the intention of toppling him from the helm of the party, which he took over upon the death of leader Morgan Tsvangirai in February this year.

Tension has been high since last Wednesday when the MDC Alliance supporters protested against alleged rigging by Zec. The government responded by deploying soldiers who opened fire in the crowded city that resulted in the death of seven civilians.