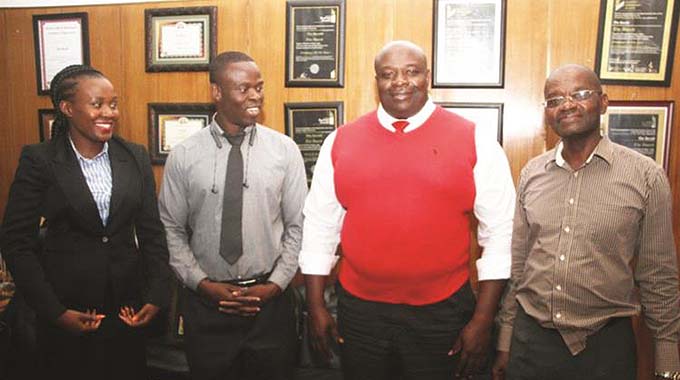 Dr Sibanda, who was accompanied by senior official Ms Maureen Kademaunga, met Zvayi in his office along with his deputy Joram Nyathi.

Dr Sibanda told The Herald after the meeting that he had a frank and progressive discussion with Zvayi.

“We had a progressive meeting,” said Dr Sibanda.

“We talked about understanding that political contestation is necessary for the development of our country and in our continent and that we need to work together regardless of perceptions.”

Dr Sibanda said it was important to raise their concerns with The Herald as the biggest daily newspaper in the country.

“For me, I hope that is the first step for us to engage regardless of perceptions and we also accept that we as MDC we do not expect any newspapers to cover us as we wish to be covered,” he said. “We simply accept that everybody has their opinion.

“However, there was an undertaking from the leadership here that coverage would be normalised.”

Dr Sibanda said Zvayi told him his door was open.

“Even some people in the MDC felt that The Herald is here to also serve the interest of the party by virtue of it being one of the largest political players in the country,” said Dr Sibanda.

“The editor noted that there had been no direct communication between the organisation and the MDC which we are beginning to do.

“We talked a lot about the requirement of this institution to cover the political playing field fairly and equitably.”

On the part of MDC, Dr Sibanda said he made an undertaking that he would ensure that reporters from The Herald covering MDC events are safe.

Journalists from The Herald have been attacked by MDC-T supporters in the past.

He said Zvayi also assured him that there was no deliberate policy by The Herald to avoid covering the MDC.

On his part Zvayi welcomed Dr Sibanda’s visit saying The Herald was fully aware of its constitutional and statutory obligations and would strive to give all political parties coverage.

He welcomed Dr Sibanda’s promise to supply The Herald with the party’s schedule of rallies.