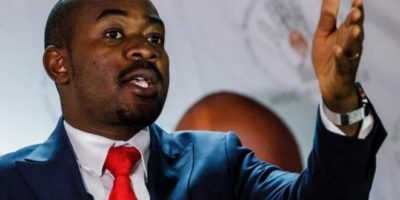 Opposition leader Nelson Chamisa yesterday vowed his party will not surrender the MDC Alliance name to the rival MDC-T led by Thokozani Khupe warning that they would henceforth take to a radical response to the onslaught against them by President Emmerson Mnangagwa’s government.

Khupe’s party recently declared they would use the name MDC Alliance in by-elections to replace Chamisa’s MPs and councillors whom her party, MDC-T, recalled on the strength of a court order.

Speaking in public for the first time in months after the destabilisation of his party allegedly by collaboration between Khupe’s party and the ruling Zanu PF, Chamisa said he would not give up on his party name. The by-elections are set to be held by December 5.

Chamisa was addressing a virtual rally to celebrate the MDC’s 21st anniversary.

“I am happy that we are consulting our members countrywide. We are MDC Alliance. We are a baobab tree. You can’t cut MDC Alliance with a razor. We refuse to be swallowed. We cannot change our name at the insistence of Zanu PF,” Chamisa said.

Earlier, his secretary-general, Charlton Hwende, told audiences that all the 203 districts so far consulted over the name issue had opted that the party retains its MDC Alliance name.

Chamisa’s supporters have been increasingly growing impatient, calling on the youthful leader to take a drastic and definitive response to Khupe and Mnangagwa, who is accused of sponsoring the chaos in the MDC Alliance using Khupe and interim secretary-general Douglas Mwonzora.

Chamisa has now promised “radical” action against Mnangagwa, saying he has been quiet and now was the time to take the war to the Zanu PF leader.

“The first plan we have is a political settlement. Some people are saying why are you not demonstrating; but we have reached here because we know what we are doing,” Chamisa said.

Assuring his supporters, Chamisa said: “Do not be scared, the struggle is in good shape. If we had two million (people) now we have doubled. We have not shut down the country because we do not want to do so.”

Before Chamisa’s speech, his deputy Tendai Biti also warned of action against Mnangagwa.

“Section 59 of the Constitution allows us to demonstrate. Your days are numbered. We are coming for you,” he said.

Chamisa added: “We have been founded on the fight for democracy, on the roots of fighting for freedom… The fight is not ended and until we destroy all attempts to make Zimbabwe a one-party state, we will not rest. Mnangagwa will not control us. He wants to control all of us, but he will not manage that.”

“We have given peace a chance, but some have been disrespectful of this. We have been founded on the roots of fighting for freedom. This fight has not ended,” he said.

“One way I must tell you of looking into this is that when we are under attack, this is an opportunity to organise everything. So we are calling on all Zimbabweans, now forget about your political parties, and now forget about your churches, organisations, student movements, any other belonging. Let’s remember that we are all under the banner of Zimbabwe.

“Let’s unite, let’s unite. In the next coming days change is coming. Be part of it. That is why as leadership, we are not panicking. The walls of Jericho are falling. Don’t lose sleep.”

Chamisa said Sadc and the international community were now on the side of suffering Zimbabweans. He commended the South African ruling ANC for initiating mediation into the country’s crisis.

“We need to mobilise from Cape to Cairo so that there is consensus on the issue of Zimbabwe to support the democratic struggle in the country until it thrives,” said Chamisa.