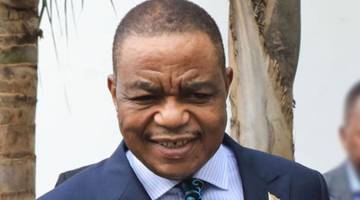 SENIOR doctors have slammed the Health ministry for trampling on the Health Professions Act by throwing thorns into their path to stop them from looking for greener pastures.

This follows an announcement by Vice-President Constantino Chiwenga, who is also Health minister, that doctors intending to go abroad for work will now be required to pay US$200 for a clearance certificate signed by the Medical and Dental Practitioners Council of Zimbabwe (MDPCZ).

But the doctors, through their representative body, the Senior Hospital Doctors Association (SHDA), have raised issue with the new condition, charging that they are being punished for merely demanding better wages and personnel protective equipment (PPE).

The doctors, who have been on strike for several months now, also said currently the MDPCZ was not constituted as new members of the MDPCZ were yet to be sworn in. The term of the MDPCZ council expired on July 31 this year.

“The councillors are responsible for setting up rules of the council and to oversee its operations including the issuing of certificates of good standing. They never amended the rules.”

The doctors claimed that the inauguration of the council members had been delayed because the Health minister was said to be “too busy “with other matters. They, therefore, have not even convened a meeting.

“They, therefore, have not officially made any amendments to any rules. The changes that are purportedly being done at the MDPCZ are actually not being done by council. It is all coming from an office at the health ministry whose certainty is undisputed. These changes are null and void,” said the SHDA.

Some of the changes include the signing of the certificate of good standing which is now supposed to be signed by three people including the hospital clinical director, provincial medical director or medical superintendent, followed by the director of curative services in the Health ministry.

When this process is complete the application is submitted to the ministry’s permanent secretary for the final greenlight.

A certificate of good standing (CGS) is a document issued by a professional body to a sister professional body as clearance for a colleague with no hanging disciplinary issues regarding patient care and relations with colleagues.

“The CGS is never issued by a government anywhere in the world. The minister only administers the act that governs the operations of the professional body.

Professional bodies are, therefore, independent bodies that practice in autonomy. CGS is never denied over labour issues,” the doctors explained.

They further said the MDPCZ determined which doctor gets a CGS and any unilateral changes to it are a blatant disregard to the rule of law.

“The Health ministry has trampled on the Health Professions Act while attempting to solve a labour dispute with doctors,” the doctors said.

The doctors said they were only asking for PPE, medicines and sundries, and a review of their wages which were now so low that many of them could no longer afford to go to work.

“Instead of providing solutions, the government has decided to throw away the books of the laws of the land.”

The doctors explained that sister medical organisations intending to accept visiting or relocating doctors from Zimbabwe have been depending on the CGS.

“The registering authority has been invaded and until this issue is resolved the system has been poisoned to block migration,” the doctors charged.

They suggested that the only safe way to get a CGS devoid of political influence was to get two senior doctors’ signatures as has always been the case in Zimbabwe.

“Outside of that, reference letters from senior doctors of repute should be enough. The rule of law must be restored,” they said.

The Health minister has also forced the University of Zimbabwe to immediately drop studies in three critical programmes at the school of medicine.

Registrars enrolled for the University of Zimbabwe’s Masters of Medicine and Masters of Obstetrics and Gynaecology programmes are no longer allowed to access public hospitals, and the university has suspended classes for the programmes with immediate effect.