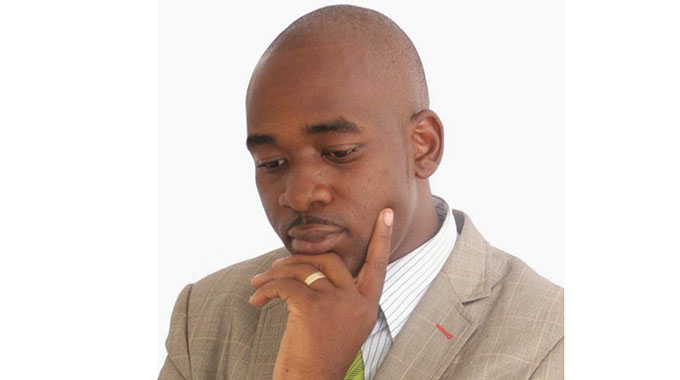 Through his letter dated March 14, 2018 and written by MDC-T chief of staff Mr Sesel Zvidzai, Mr Chamisa sought to get an edge over his rivals, Dr Thokozani Khupe and Engineer Elias Mudzuri, by appearing to have an ear of the State President and leader of the rival Zanu-PF party.

The communication had a letterhead “From the Office of the (MDC-T) president”.

Contrary to claims by Mr Chamisa, The Herald can reveal that Mr Chamisa’s letter was merely a request for a courtesy call on President Mnangagwa.

President Mnangagwa saw the ruse and told Mr Chamisa to first sort out the leadership crisis in his party before any interaction with him outside of the election framework.

Mr Chamisa recently told MDC-T supporters in Wedza South that: “I wrote to (President) Mnangagwa offering him advice, but he refused fearing that I would grab power from him. I did that after realising that we could only take the country forward through collective leadership, but he refused to meet me.” 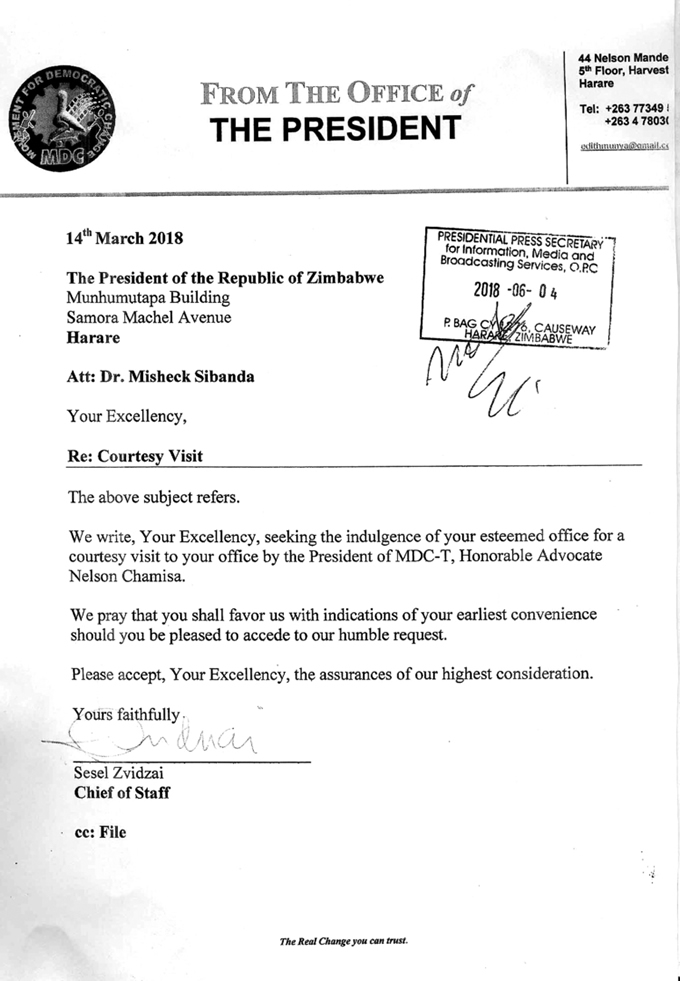 He repeated the lies yesterday saying: “I told (President)Mnangagwa to come and let us talk. People do agree. He refused. Then I said if you don’t understand, I am writing a letter to you.”

Mr Chamisa’s letter reads: “We write, Your Excellency, seeking the indulgence of your esteemed office for a courtesy visit to your office by the president of MDC-T, Honourable Advocate Nelson Chamisa. We pray that you shall favour us with indications of your earliest convenience should you be pleased to accede to our humble request.

“Please accept, Your Excellency, the assurances of our highest consideration.”

“He asked for a courtesy visit against the leadership contestation in his own party and at that time it was not clear and still is not clear who would emerge as the leader and therefore as a fitting interlocutor of the Zanu-PF President, who is also the State President,” he said.

“The Zanu-PF view was that let’s not appear like we are happy to fish in troubled waters because any gesture to anyone of the claimants to the throne would have been read as support for one as opposed to the other.

“Really, the logic was very simple for the President. He said, ‘sort out your leadership wrangles’ so that he is not turned into an extra string on the bow of anyone of the contestants. He wants to deal with someone who is bona fide.”

Added Mr Charamba: “As it emerges, that matter has not resolved itself because we have a case before the courts and if a sitting Head of State entertains anyone of the claimants to the leadership when the courts are still to pronounce themselves on the matter, the effect of it all is to influence court outcomes, which we do not want.

“He does not want to get entangled with their leadership wrangles in MDC-T. The President is not a member of MDC-T. If there has been delay, it is not because of the President, it is because of the unresolved nature of the leadership question in their party. So, let us not jump the gun.”

Mr Charamba said it was clear Mr Chamisa wanted to be viewed as having vanquished his opponents and as the de facto leader of the MDC-T.

“President Mnangagwa has made it clear that soon after nomination court he will call leaders of political parties who would have made it,” he said.

“In the absence of that matter being resolved by the party or the courts, the only other mechanism for resolving the MDC-T issue is the nomination court.”

President Mnangagwa said he would then meet Mr Chamisa, if he is successful, as a candidate not a claimant to the throne.

The nomination court will sit on Thursday next week.