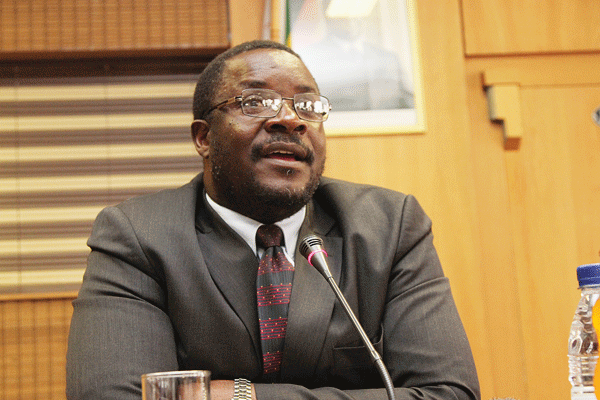 PRESIDENTIAL spokesperson George Charamba yesterday sparked a diplomatic tiff with the new government of Zambia after calling President Hakainde Hichilema, who was inaugurated yesterday, a “sellout” over his association with opposition MDC Alliance leader Nelson Chamisa.

United Party for National Development (UPND) party spokesperson Joseph Kalimbwe described Charamba’s comments as “catastrophic” and that they would not be taken lightly coming at a time when President Emmerson Mnangagwa was attending Hichilema’s inauguration.

Charamba attacked Hichilema in May this year and repeated the undiplomatic rant yesterday after pictures of Chamisa meeting with the new Zambia leader at the inauguration ceremony emerged.

Hichilema was inaugurated at a ceremony attended by several African leaders, including Mnangagwa and Chamisa.

The UPND broke the African tradition and invited several opposition leaders, including Chamisa, to attend the inauguration ceremony, a gesture which Kalimbwe said was meant to send “a very strong message not just in Zambia, but across Africa to do away with the politics of division based on opposing views”.

Incidentally, the Zambian opposition victory is the 17th in Africa.

Charamba posted on his Twitter handle, @Jamwanda2, that Hichilema was a sell-out, raising fears that his sentiments were likely to wreck Zambia and Zimbabwe’s bilateral relations.

Hichilema defeated former President Edgar Lungu, who conceded defeat and peacefully handed over power to him.

When pictures of Hichilema and Chamisa went viral, Twitter users reminded Charamba of his provocative comments about the new Zambian leader.

“Yes, they are sellouts. What is your problem?“ Charamba said in response to lawyer Alex Magaisa, triggering a diplomatic row as relations between Harare and Lusaka appear to be starting on a rocky path.

Kalimbwe told NewsDay that it was wrong for Mnangagwa’s spokesperson to attack Hichilema when there was no previous relationship with his boss and Zambia’s new leader.

“In my own personal view, it is catastrophic,” Kalimbwe said.

“(The comments) cannot be taken lightly. What is worrisome is that he is using a fake name, because he cannot come out openly as a spokesperson of a head of State to be saying such shameless statements.”

Magaisa told NewsDay that by virtue of being the President’s spokesperson, there was no distinction between Charamba’s views and government position, which made his latest sentiments on Hichilema an issue of concern.

“Charamba is a presidential spokesperson who is making a vile statement against a fellow head of State,” Magaisa said.

“His statement matters because we have seen his several other posts reflecting government positions on other issues. It is undiplomatic for a presidential spokesperson to attack a fellow head of State on baseless accusations.”

Magaisa added: “Ironically, Charamba makes the attack when they are attending Hichilema’s inauguration. The fact is that there is fear and panic within the ruling party Zanu PF over the perceived close association between Chamisa and Hichilema.”

Charamba was not picking his phone when he was being sought for comment.

“This is scandalous! Mnangagwa’s spokesman George Charamba is literally calling Hichilema a sellout while Mnangagwa is in Zambia for HH inauguration,” human rights lawyer Doug Coltart said on Twitter.

“He speaks for Mnangagwa. He is openly attacking the head of State of what is historically one of Zimbabwe’s closest allies!”

Tensions between Mnangagwa and Chamisa have escalated since Hichilema’s victory with both leaders claiming to have close relations with him.

Earlier before the inauguration, Charamba had falsely claimed on Twitter that Chamisa was not going to attend Hichilema’s inauguration although he had been invited.

In an interview with journalists in Zambia on the sidelines of Hichilema’s inauguration, Chamisa said his party remained “unshakable” despite antics by the Zanu PF government to create an uneven political ground to stop the opposition party from taking over power.

Chamisa said he was not being given an opportunity to reach out to his supporters through the State media, but the party had other alternative ways of connecting with the people.

“There is no independent television station. But on the television station, I, as a leader of the alternative, during the election campaign, was never interviewed once. I never appeared on that television. The only time I appear, it is when they are accusing me of something. But with all that kind of blackout, we are still standing, live broadcasting in the hearts of the people. We are unshakable and we continue to be very strong.”

In his inauguration speech, Hichilema pledged his commitment to pursue a foreign policy based on mutual interest and respect.