Govt only constructs 10km stretch of road in 5 years 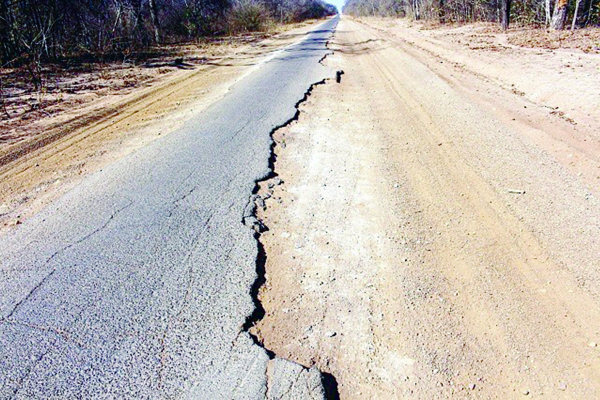 GOVERNMENT only managed to construct a mere 9,5 kilometres of the Bulawayo-Nkayi Road between 2015 and 2020, a progress report on construction of the road by Transport and Infrastructural Development minister Felix Mhona reveals.

Only 53km of the Bulawayo-Nkayi Road has been constructed since the completion of a feasibility study in 1993 with funding shortfalls being blamed for the failure to complete the project.

It took government four years, from 1996 to 2000, to complete 29km and a further six years to undertake only 9,5km of the project, showing the slow pace of the government-funded project which has missed several deadlines.

“I wish to concede that this level of progress is not the one that we yearn for,” Mhona told senators on Thursday as he was responding to a question by Senator Chief Ndlovu on the state of the road.

“Therefore, allow me to demonstrate that the road has not been derelict for the three decades as insinuated by the Honourable Senator.  The chronology of the road rehabilitation activities on this road is as follows:- 1993 — feasibility study for the road; 1996 — construction commenced under donor funding, the Kuwait fund.

Even as evidence shows blatant lack of government will to undertake Bulawayo-Nkayi Road construction works, Mhona could only argue that “construction of roads is a continuous process” as he also cited underfunding.

“As you may know and I have no doubt you will strongly support me on this one, the Bulawayo-Nkayi Road is a very important one as it is a primary road which links Bulawayo and Nkayi.  My ministry treats each statutory mandate to construct roads very seriously as such roads are the ones which facilitate economic growth,” he added.

“Thus, the major constraint just like on any other road has been funding. That notwithstanding, the road has been earmarked for funding under the Emergency Road Rehabilitation Programme.”

Zanu PF secretary for administration Obert Mpofu once told State media that the construction of roads was affected by sanctions as partners pulled out before the work was complete.