Chasi taken to task over tycoon

Source: Chasi taken to task over tycoon – The Standard June 2, 2019 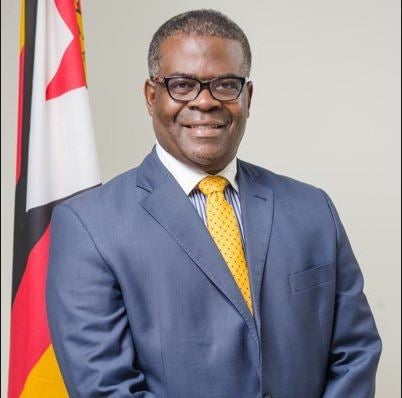 ENERGY minister Fortune Chasi has refused to answer questions about the pricing of ethanol supplied by business tycoon Billy Rautenbach’s Greenfuel, which legislators said was overpriced.

Greenfuel sells ethanol at $1,70 per litre compared to the landing price of only $0,50 cents of ethanol from Brazil.

Zimbabwe enforces mandatory ethanol blending for fuel, which is meant to reduce costs.

MPs felt that Rautenbach’s monopoly opened avenues for corruption because government cannot opt to buy expensive ethanol when there were cheaper alternatives and other local companies like Triangle that can supplier cheaper ethanol.

Norton MP Temba Mliswa demanded to know whether Rautenbach was “eating with some big fish”.

“The issue is that our fuel is blended with ethanol from Rautenbach’s Greenfuel, but it is still very costly at $4, 98 per litre, yet we are blending,” he said.

“Why is that we have one man who has monopolised ethanol and what is so great about him? Who is he eating with?

“Rautenbach is not bigger than this country, he never went to war or held a gun but today he talks about sanctions, which have made his ethanol expensive.

“Triangle Limited can sell cheaper ethanol, but you closed Triangle and said Rautenbach can do it and this is corruption and as Energy minister you need to deal with it because ethanol from Brazil is only 50 cents.”

Mbizo MP Settlement Chikwinya (MDC) said there was need for Chasi to find out if neighbouring countries like South Africa or Zambia were also blending their fuel with ethanol.

Chasi had told Parliament that a six million litre capacity ethanol storage tank was under construction and almost complete, adding that the blending ratio of 1:20 of petrol to ethanol was helping to reduce the country’s fuel exports.

He referred further questions to the Zimbabwe Energy Regulatory Authority (Zera), which he said presided over the fuel sector.

“On issues of ethanol, what I am able to say at the moment is that blending has been tested and it is up to international standards,” he said.

“My function as Energy minister is stipulated in the law and it is to give general policy direction.

“Pricing is part of the mandate of Zera and I do not want to conduct myself in an illegal way,” he said.

Harare East MP Tendai Biti said there was no law in the country that covered ethanol and Chasi had no control over the matter.

“The only law that covers petroleum is the Petroleum Act, which was passed way back in the time of the federation,” he said.

“It does not cover ethanol, which is agriculture and so the minister is at large when it comes to ethanol.

“The law that introduced mandatory blending of petroleum with ethanol was a statutory instrument that was enacted in 2013 by the Energy minister, and it had two things that are unacceptable which are demand and the monopoly where it says we can only purchase ethanol from a company that is in a joint venture with government which is Greenfuel.”

Zimbabwe has been experiencing serious fuel shortages since September last year due to foreign currency shortages.