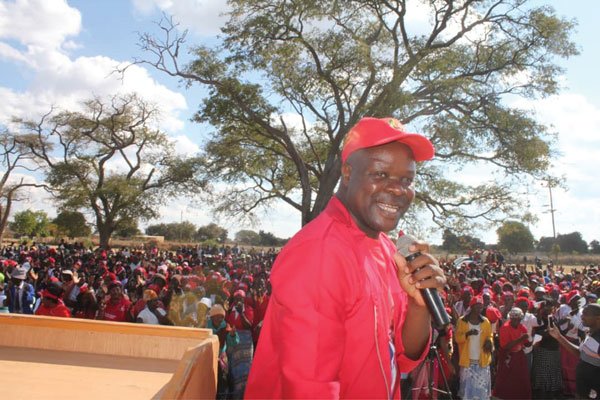 THE trial of Mkoba legislator Amos Chibaya (MDC Alliance), facing allegations of plotting to subvert a constitutionally-elected government, was on Thursday further postponed to
May 31.

Chibaya’s charges emanate from an interview he allegedly had with a private daily newspaper in January this year where he was quoted as having said: “… 2019 is the year that we are going to send [President Emmerson] Mnangagwa packing … We are not going to go on the streets to toyi-toyi, but go straight to State House, because that is where there is the person who stole the elections.”

The State’s case is that between December 16 and January 2, Chibaya had a phone discussions with Learnmore Magorimbo, the national chairperson for Zimbabwe National Youth Alliance, a pressure group mobilising for a nationwide demonstration.

The State further alleges that on January 2, Chibaya communicated with all MDC Alliance supporters mobilising them to destabilise the government.

The court heard that as a result of his message, violent demonstrations occurred in Mkoba, Mtapa and Ascot high-density suburbs in Gweru, where Chibaya was allegedly among the
protesters.

It is alleged that property were destroyed by protesters, who took heed of Chibaya’s order to overthrow the government through unconstitutional means. Chibaya, who is out of custody on a $1 000 bail, however, denies the charge.