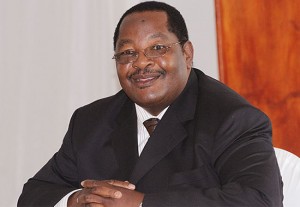 CHIEFS in Zimbabwe have recently allegedly been trained as Zanu PF commissars at the Herbert Chitepo School of Ideology to mobilise votes for the ruling party ahead of the 2023 elections, it has emerged.

According to a letter leaked to the media directed to Zanu PF Secretary for Administration Obert Mpofu, signed by the Chitepo School of Ideology Principal Munyaradzi Machacha, Chiefs, District Development Coordinators and Rural District Councils Chief Executive officers ere last year invited to train at the school of ideology.

Machacha said in order to create a strong bond between the party and government, the DCC members were to be trained together with local government officials comprising the Party DCCs, Chairman of the RDCs, CEOs of RDCs, DDCs and local Chiefs.

He said by the end of the training programme they were to be able to carry out vigorous mobilization programmes within the districts to achieve the five million voter population for Zanu PF in 2023.

He said participants must be able to create a synergy and bonding between the party DCC structure and Local Government officials in pursuit of economic development goals “in line with Vision 2030, create a wider ward based training human resources in order to participate in the following ward based train the trainer programme.”

Machacha said this was necessary since the nation approaches the 2023 harmonized elections.

Human Rights Advocate Effie Ncube speaking during the Nkayi Community Parliament recently said it was sad that traditional leaders support the ruling party when they are expected to be non-partisan.

Ncube described it as illegal and a violation of the constitution.

He said what makes this important is that the Chief is a judiciary officer presiding over criminal cases and it would affect his work if he is found to be partisan.

“Who will conclude that justice will be done or there will be a fair trial?,” Ncube said.

Ncube noted that when a partisan Chief calls for a meeting, opposition members will not attend because he has proven to be a party commissar.

“Chiefs can only cast their votes like other civil servants but must not work for a political party,” he said.

“The inclusion of chiefs at the school of ideology to train on party ideology is a sign that they are now commissars.”

Ncube said this was against the provisions of the constitution and the laws.

“The first job of those in power is to defend the constitution and human rights, but when the ruling party takes Chiefs to party ideological school it’s an ultimate form of lawlessness,” Ncube said.

Nkayi villagers expressed worries over the public stance portrayed by many chiefs which shows that they now all belong to the ruling party.

They noted that there is a need for the reforms in the chiefs if the country can move forward and have development.

Newer Post
Do we need more diseases that freak out our leaders for them to finally attend to crumbling health care system?
Older Post
Family Claims Former Soldier Solomon Chanengeta Was Abducted