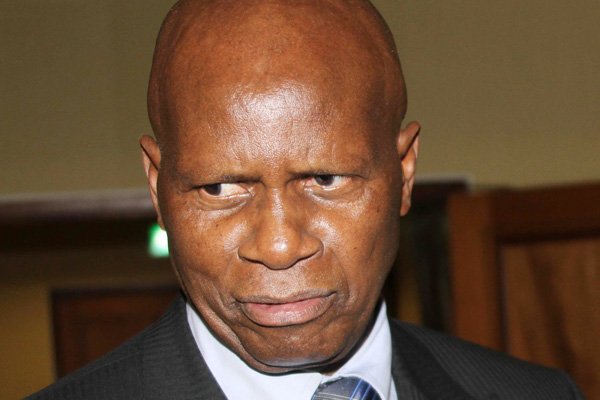 Zimbabwe is reeling in economic turmoil that has resulted in sharp increases in the prices of basic goods.

In an interview recently, Chinamasa said sanctions were a reality but people should not fold their hands and find ways around the sanctions.

“I am not giving it (sanctions) as an excuse for inaction; we must accept reality. Sanctions are there, but it doesn’t mean that we must fold our arms and do nothing,” Chinamasa said.

“To say that the sanctions are not there is false, it’s a lie.

“The sanctions are there, they are hurting, but it doesn’t mean that because there are sanctions we should fold our hands and do nothing.

“We must work within the limitations of the sanctions to overcome them, which will take time, but we also need to see what we can do within our own limits without having to talk about sanctions all the time,” he said.

Chinamasa acknowledged that the rising cost of living was affecting many people, but said the country’s capacity to develop was seriously affected.

He said Zimbabwe needed political unity and unity of purpose from all political players.

Chinamasa said the country had from 1980 recorded some successes especially within the social services sectors such as education and health infrastructure.

He said another major achievement was that the country took back its land although that created some problems for Zimbabwe, including inviting sanctions.

“The challenges which we are facing are largely emanating from resolution of the land question because the sanctions were imposed and as a result the economy which should have been growing much faster has not been able to do so because of the sanctions,” he said.

He added that Zimbabwe must stand proud for the journey that it walked for the past 39 years despite a myriad of challenges.

Chanamasa said because of sanctions, the country could not access capital from strong economies, a challenge other countries in the region do not have.
He, however, also expressed confidence that the government would overcome the economic challenges.