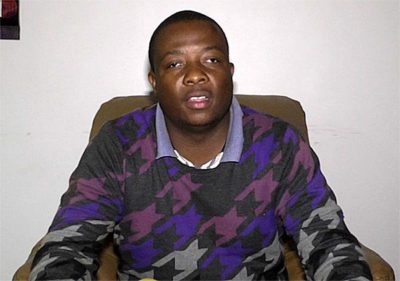 Chinyadza, who represented the constituency between 2008 and 2013 before he was booted out by Chipanga, claimed at the weekend that he had covered a lot of ground and was confident of reclaiming the seat.

“Schools are struggling as they do not have books and the former MP, Chipanga, gave people paraffin and rice and was not concerned about income-generating projects. We have poor roads and clinics do not have medicine,” he said.

Several residents accused Chipanga of neglecting the constituency soon after his victory, as he reportedly spent most of his time on Zanu PF youth league programmes.
Stanley Risinamwana, from ward 15, Risinamwana Village, said there was no development to talk about.

“To be truthful, there was no development in this constituency. We believe the former MP Chipanga was only concerned with power struggles in Harare. Just imagine, we were given paraffin and half bars of soap, we are not happy.”

Tinarwo Marimo, from Chiwetu village, said roads in the constituency where in a bad state.

“Our roads are in a bad state, there is no development to talk about from Chiwetu to Zindoga villages, which is my area. The former MP Chipanga was only interested in giving us soap, paraffin and sometimes rice,” he said

MDC-T provincial spokesperson Trevor Saruwaka said his party had made inroads in the constituency.

“I am not surprised that there is no development, Zanu PF has always been like that. You know that Makoni West constituency was a no-go area for opposition parties,” he said.

“Who in this country does not want to be identified with the new dispensation?”