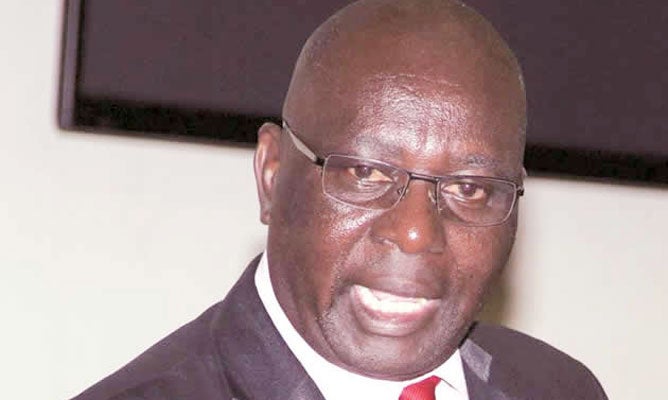 By Staff ReporterA call by Chitungwiza North MP Godfrey Sithole for a forensic audit on the council’s operations by the auditor-general Mildred Chiri has opened a can of worms with many people reportedly volunteering information about alleged corruption.Council officials are said to have been exposing massive theft of land by an intricate network of managers and councillors.

The officials told this publication that beneficiaries of the scam also include senior government officials and members of the Judiciary Service Commission.

The development comes at a time when several audit reports on the land baron menace in Chitungwiza, including the Richard Chimowa probe in 2013 and the Joel Biggie Matiza-initiated
audit report a year later, failed to stop the rot.

A two-week investigation by this publication also revealed that current and former councillors from both Zanu PF and MDC and a residents’ association leader (name withheld) were
colluding with the council managers in the illegal creation and sale of housing stands in Chitungwiza.

According to a well-placed source, there was flagrant violation of the housing policy, which was tantamount to abuse of office by the council officials.

“Chitungwiza is the only local authority where the two main political parties are united for the purposes of stealing land and that is why they refused to implement recommendations to
charge competitive rates pegged in US dollars,” a council official said.

“The General Valuation Report for Chitungwiza Municipality done in 2016 by Global World Properties and GM Property Link had suggested that in order to curb black market practices and
maximise local authority revenue from council land sales, the real market rates should prevail.”

He said over 800 stands had been created this term, and were being illegally sold using the actual market value by land barons working in connivance with some council officials.

“The following rates were to apply per square metre: residential (low-density) US$15, residential (high-density) US$20, industrial US$7, commercial US$35 and institutional US$3,” the
official added.

“The council’s housing policy is being violated left, right and centre. What is happening is that councillors are going out to create stands in conjunction with the planning section.”

He said once a stand is created, a memo is written to the director of housing to that effect and the stand goes straight into the name of the buyer to conceal the fraud.

“The facilitators think they are smart, but the buyer is asked to apply to join the council housing waiting list and within a day or so he gets his offer letter in violation of the
housing policy,” another source said.

Section 7.7 of the policy states that an applicant whose name appears on the waiting list shall be eligible for allocation of a residential stand.

Town clerk George Makunde said some high-ranking officials in the army and the police were approaching his office for assistance.

“So when such people come, you then assign officers to assist and this might be when officers start doing deals outside the frame of their work,” he said.

“This they do using the town clerk’s name so that they carry some weight as they commit a crime.

“As for councillors, I have been advised that they have sided with some of my officers whom they have been asking to do deals on new stands outside the housing policy.

“Proof becomes hard to come by, they are in cahoots with officials,” he said.