Chiwenga moves to elbow out Auditor-General 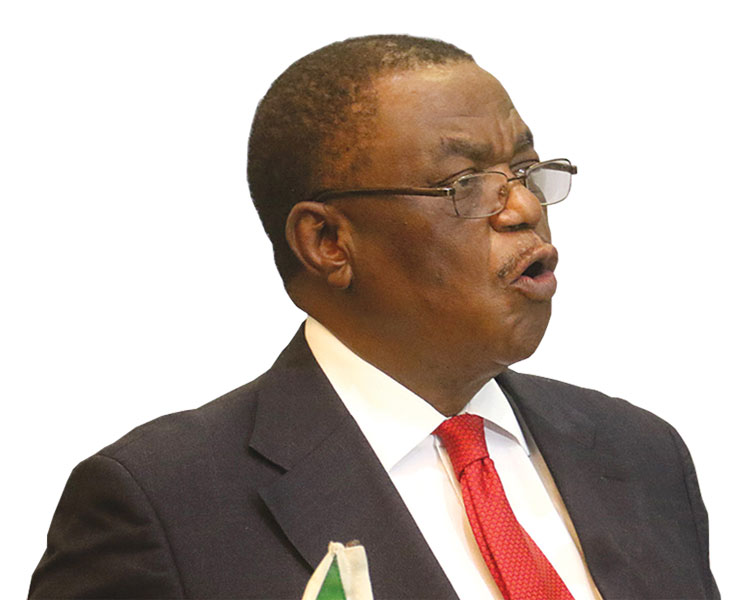 VICE-PRESIDENT and Health minister Chiwenga has initiated moves to exclude Auditor-General (AG) Mildred Chiri from the Special Procurement Oversight Committee after she exposed gross misuse of COVID-19 funds by the ministry.

Cabinet on Wednesday approved the principles for the Amendment of the Public Procurement and Disposal of Assets Act, which were presented by Chiwenga and directed that the actual Bill be drafted.

Chiri’s latest special report on the  utilisation of public resources in combating the COVID-19 pandemic by ministries, government departments and agencies, showed that over $890 million was misappropriated.

The report exposed gross irregularities and deliberate manipulation of figures to facilitate theft of donations meant for COVID-19 relief allowances and projects, with undeserving government officials and individuals benefiting.

The audit was undertaken with the aid of the World Bank in the country’s six out of 10 provinces, focusing on disbursement of COVID-19 relief funds, management of quarantine centres and isolation centres, among others.

Addressing a post-Cabinet media briefing on Wednesday, Information minister Monica Mutsvangwa said the Public Procurement and Disposal of Assets Act, in its current form, did not sufficiently provide for capacity-building of staff employed in public procurement roles, hence the need to amend it.

“Cabinet considered and approved the principles for the Amendment of the Public Procurement and Disposal of Assets Act, Chapter 22:23 which were presented by the Honourable Vice-President and Minister of Health and Child Care (Constantino Chiwenga),” Mutsvangwa said.

“Accordingly, the Cabinet agreed that the Auditor-General be excluded from the membership of the Special Procurement Oversight Committee.

“This is because one of the Auditor-General’s functions in terms of section 309 of the Constitution is to audit the accounts, financial systems and financial management of all departments, institutions and agencies of government as well as provincial and metropolitan councils and all local authorities.”

In the proposed amendments, the chief executive officer of the procurement board will no longer serve as secretary to the board of the State Procurement Oversight Committee.

“It was also agreed that the chief executive officer should not serve as secretary to the board of the State Procurement Oversight Committee,” Mutsvangwa said.

“Cabinet resolved that the board should instead appoint a suitably qualified, competent and experienced company secretary capable of maintaining a professional relationship with members of the board. The amended Act will also provide for innovation and technological advancements in pursuit of international best practice.”

Under the proposed amendments, it will be mandatory for foreign suppliers to engage local contractors and to also promote technology and skills transfer.

Cabinet also agreed to reduce the 14-day stand-still period by procuring entities allowing challenging of the tender award, to seven days, to facilitate the expeditious delivery of supplies and shorten the procurement cycle.

Tendai Biti, the former chairperson of the Public Accounts Committee, said the move to elbow out Chiri from the Special Procurement Committee was a violation of the Constitution.

“The oversight duties of the Auditor-General are specified in the Constitution and such amendment means tampering with the Constitution which is detrimental to issues of accountability and transparency on public resources,” Biti said.

“Those (amendments) are just plots by government officials to continue operating without public scrutiny. Only thieves would want to manage public funds without oversight of the Auditor-General.”

“The question is, why remove her now when she has been operating like that over the past years? It is tricky why there have not been those amendments before the release of the audit reports,” Maketo said.

“However, it is important to enhance separation of roles of the AG for her to effectively perform her duties. The amendments are also relevant to avoid conflict of interest when she is now auditing the same institution she is participating in.”

The Health ministry has been in the spotlight on misappropriation funds following the US$60 million tender scandal, where Drax International, a company which was only two weeks old, was awarded a tender to procure COVID-19 medical supplies without following a transparent tender process.

Zimbabwe has entered into several deals with Afreximbank without the scrutiny of Parliament.