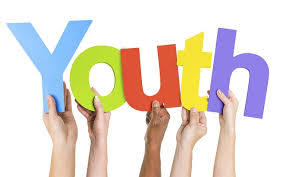 In 1999, the World Conference of Ministers Responsible For Youth recommended that the 12th August be set aside as International Youth Day.  The UN took the recommendation into consideration and, by resolution 54/120, it was endorsed by the United Nations General Assembly.  The intended purpose of the day was to draw attention to cultural, legal and political issues surrounding the youth.  Zimbabwe celebrates Youth Day twice – firstly, on 21st February, a public holiday also known as Robert Gabriel Mugabe National Youth Day which is a holiday; secondly, on 12th of August [although not a holiday] in unity with the rest of the world.

This year’s theme highlights the crucial need to empower the youth.  Time and again as a nation we have spoken about the youth, we have had discussions on youth empowerment and daily we have spoken about the state of the youth in the nation.  But that’s about all we have done – we have spoken.  The theme calls for us to do more than just speak on the plight of the youth of the nation; it calls for us to take action.  It shows us that youth innovation is an important ingredient for human planetary health overall and especially in the field of food sustainability.  Without empowering the youth, we cannot transform the food systems.

Youth should be Engaged as Partners, not Recipients

Everyone and all institutions need to take a step back and reflect on how they are taking an active role in equipping young minds.  In a paper released on the 5th of August, the International Foundation for Electoral Systems (IFES) said that world leaders “need to shift their approach in engaging young people in democracy and governance programs from one that views them as recipients to one that treats young people as partners…” The time for real and meaningful engagement has come.

The Constitution’s National Objectives for Youths

In Zimbabwe, youth is defined as people who are between the ages of 15 and 35 according to section 20 of the Zimbabwean Constitution, which is in Chapter 2 of the Constitution headed NATIONAL OBJECTIVES.  Section 20 goes on to lay down that the State and all institutions and agencies of government at every level must take reasonable measures to ensure that youths:

The section further says that all these measures must be inclusive, non-partisan and national in character.

According to ZimStat, the youth of Zimbabwe constitute up to 67.7% of the population. Of that 67.7%, probably 96% have only informal “jobs” [according to Aljezeera].  With the majority of youths being unemployed, many have resorted to vending, cross border activity and quick deals to survive and earn a living.  Zimbabwe has entered into the Age of Hustling.  Finding formal employment with world standard benefits is a nearly impossible feat for the youth of Zimbabwe.  The International Labour Organisation (ILO) has highlighted that Zimbabwe is amongst the hardest countries for youth to get a job and has noted that at least 20% of the youth will probably never secure employment in their lifetime.  The ILO also points out that in some cases, even working youth in Zimbabwe are experiencing extreme poverty as they live on less than $2 per day.

The Gap Between Section 20 and the Statistics

The statistics relating to the youth in Zimbabwe highlight the disconnect between what the Constitution says about youths and the situation on the ground.  As mentioned in the Constitution basic rights such as education and employment are meant to be provided as far as possible by the State so as to better the future generations of the nation.  With such statistics, to expect youth to be innovative in Zimbabwe is difficult.  How can a hungry person think of anything other than their immediate situation?

To call for youths in Zimbabwe to engage in something beyond themselves and on a global scale must at the same time be accompanied by a call on the government to do far more towards bridging the gap between section 20 and the statistics.

If our youths are to be able to engage, be innovative and be a vigorous force, Zimbabwe must first empower them.  What they say and their ideas and innovations must be listened to and furthered in all possible ways – they should be our leaders into the future.

The Secretary-General for the United Nations, Antonio Guterres, reminded us this year that young people must be full partners in achieving transformational change. He also urged “everyone to guarantee young people a seat at the table as we build a world that is inclusive, fair and sustainable.