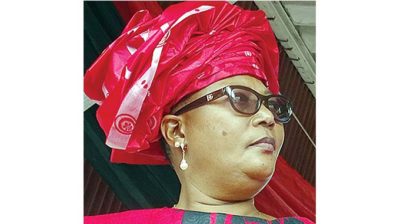 MDC-T interim leader Thokozani Khupe is trying to stop the party’s organising secretary Abedinico Bhebhe from washing the outfit’s dirty linen in public by blocking his participation in a court case.

Khupe, MDC-T interim chairman Morgen Komichi, acting secretary-general Douglas Mwonzora and Bhebhe were taken to the High Court by two party members Gilbert Kagodora and Nason Mamuse, who want them to be compelled to release key information ahead of an extraordinary congress to choose a new leader.

Bhebhe turned against his allies last week and filed an answering affidavit supporting Kagodora and Mamuse.

He accused Khupe, Komichi and Mwonzora of trying to manipulate the outcome of the congress.

Khupe, who initially signalled that she would not respond to the application as an individual, on Thursday made a spectacular summersault and filed an answering affidavit targeting Bhebhe.

She argued that Bhebhe was not qualified to speak on behalf of the party and should not be allowed to respond to the court application as an individual.
“The fourth respondent ought not to have been joined to these proceedings.

“He is accountable to me and the relevant organs of the party.

“If any issues arise from his official duties, he cannot be sued in a court of law.

“It is the party and its authorised officials who may sue or be sued on behalf of the party.

“He must be removed from these proceedings.

“I am advised that the fourth respondent’s papers do not comply with the law on notices of opposition.

“He is not opposing the basis of the application; he is adding his own grievances and has his own prayer.

“This is not permitted by our law. His papers must be expunged from the record.”

Bhebhe argued Khupe, Komichi and Mwonzora were deliberately delaying national council and national executive meetings while attempting to shut out bona fide MDC-T leaders in terms of the 2014 congress from participating at the upcoming extraordinary congress.

He said they had “failed and neglected” processes leading to the extraordinary congress while accusing them of trying to manipulate the process in their favour.

A Supreme Court judgement in March nullified the appointment of MDC Alliance leader Nelson Chamisa and ordered an extraordinary congress within three months.
The ruling said the party should revert to its 2014 structures with Khupe as acting president.

Chamisa, however, dismissed the ruling, saying it did not in any way affect their party as it was a different legal entity on its own, but Khupe has managed to use the Supreme Court ruling to recall MDC Alliance legislators and councillors.

The MDC-T’s extraordinary congress is yet to take place and, according to Bhebhe, there were attempts to hold the national council and national executive meetings virtually, but in the process shutting out bona fide members of the party’s 2014 structures.

Bhebhe accused Khupe and Komichi of “direct and flagrant disregard” of the MDC-T constitution while “habitually and unilaterally” abusing the national standing committee by pushing through this committee decisions that are ordinarily in the province of the national executive and/or the national council meeting.

The decisions, Bhebhe said, included firing elected officials and members of the party 2014 structures without due process.

Parallel delegates have been positioned, according to Bhebhe, while his list has been sidelined yet he was in charge of the party structures.

Kagodora and Mamuse approached the courts after Mwonzora said MDC Alliance legislators and councillors that were recently recalled by his party would not be allowed to contest for positions at the congress despite them being in the party 2014 structures.

They are also demanding that before the congress is held, the party’s various internal organs must be involved.