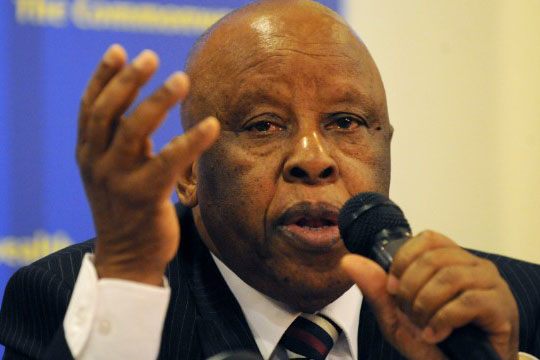 Mogae and Ramachandran are expected to explain their role in allegedly helping Choppies bypass provisions of Zimbabwe’s Indigenisation Act.

The developments came after Mphoko and his son, Siqokoqela, recently sued Nanavac Investments in Bulawayo, Choppies Enterprises and Choppies Distribution Centre (Proprietary) Limited both in Gaborone, Botswana, demanding payment of their 51% shares which they held before they were “unlawfully” divested of their entire shareholding by the company.

Latest revelations are that, in a letter addressed to Mphoko when the fallout started, Mogae who is former Choppies chairperson, had informed the Mphokos that they entered into partnership “with a clear understanding of the shareholding of 93% shares to Choppies Enterprise and 7% to the Mphoko family, free of charge”.

The Mphoko family has since denied the 7% shares prescribed to them by Mogae indicating that they were the majority shareholders in terms of Zimbabwean laws.

In their application filed at the Bulawayo High Court, the Mphokos claimed that at all material times, they were majority shareholders in Choppies, holding an aggregate of 51% shares therein.

Mphoko and his son reportedly owned 25,5% each in a joint venture trading as Nanavac Investments, while Choppies Enterprises held the remaining 49%.

Through their lawyer Zibusiso Ncube, the Mphokos said in or about 2018, a dispute arose between Siqokoqela and Choppies, which resulted in Choppies instituting legal proceedings against the former Vice-President’s son, his wife and Choppies in the High Court.

Siqokoqela and his wife were immediately arrested for fraud.

In order to secure their freedom, Siqokoqela on January 9, 2019 signed a deed of settlement with Choppies Enterprises in terms of which the Mphokos disposed of their shareholding to the company.

The lawyers said as per the deed of settlement, the Mphokos were to be paid US$2 900 000 by Choppies for the acquisition of the Mphokos full rights and title to the first defendant’s shareholding.

The lawyers said that deed of settlement was void because the Mphokos signed it under duress after the arrest and detention of Siqokoqela and his wife on malicious and false charges.

The Mphokos are seeking an order declaring as unlawful the deed of settlement in terms of which they were divested of their entire shareholding in Choppies.

They are also claiming US$22 585 714, representing the value of the 51% shareholding which they claim control in the retail group.