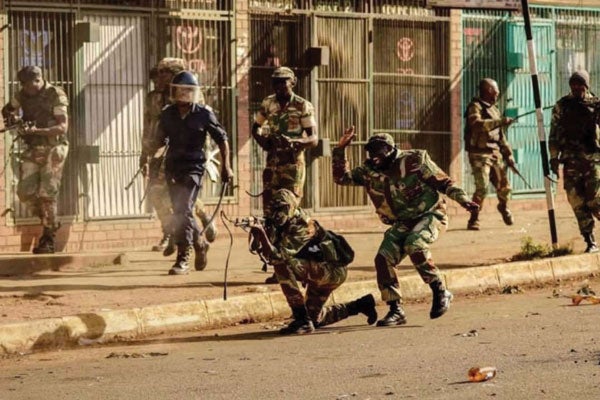 THE Catholic Commission for Justice and Peace in Zimbabwe (CCJPZ) national commissioner, Paul Muchena has called on citizens and the security sector to live in harmony.

Muchena made the remarks at a church and security sector dialogue in Bulawayo yesterday. The meeting sought to foster a more peaceful, inclusive and prosperous Zimbabwe.

The meeting was organised by Zimbabwe Catholic Bishops’ Conference, Union for the Development of Apostolic Churches, Evangelical Fellowship of Zimbabwe, Zimbabwe Council of Churches and Masakhaneni Project Trust.

“Zimbabwe experienced relative peace prior to 2018 harmonized elections. However, everything turned the other way on August 1, when at least six people were shot and several injured by uniformed security personnel after demonstrating for the speedy announcement of 2018 presidential election results,” Muchena said.

“A similar scenario occurred during the fuel price increase protests that started on January 14, 2019 when at least 17 protesters were allegedly killed or shot by the uniformed security personnel, while more than 50 were injured.”

Muchena said there were instances where demonstrators fought back the security forces, creating probabilities of civil war.

“The intention of the security sector in both occasions could have been to maintain law and order and the protesters wanted to express their rights to expression as given in the Constitution,” Muchena said.

“The following questions arise: How should the balance between maintaining law and order and expression of constitutional rights be maintained without undermining human life and dignity?”
Muchena said a multi-party reconciliation initiative, including youth representatives with national and international mediation should be established to address the root cause of the post-election violence, identify and implement strategies for reducing tensions, promoting common understanding of political campaigning, combating criminal activities and uplifting communities.

He said these were according to the recommendations made by the Commission of Inquiry into the August 1 post-election violence led by former South African President Kgalema Motlanthe.

“Zimbabwe’s civil processes should be demilitarised and should avoid the use of live ammunition and excessive force in controlling expressions … there is no one with the power to end people’s lives under whatever circumstances except God,” Muchena said, quoting a CCJPZ 2018 report.