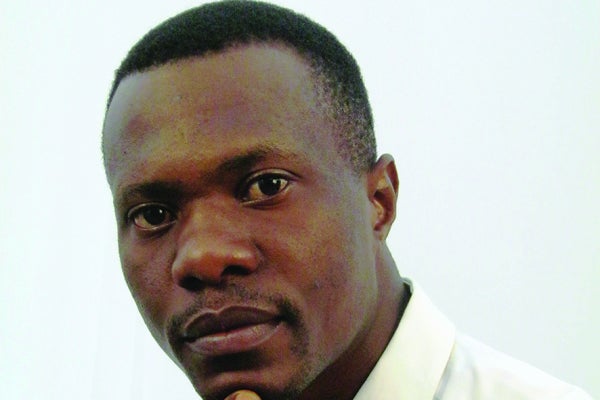 It is disheartening to learn that the government, which is constitutionally mandated to provide a better life for its citizens can, with a straight face, state that it has no clue as to when the fuel crisis will end. Among other things, the fuel crisis has rendered the country impossible to live in; it has manifested itself in daily price increases and general hardships for the majority.

Having a fuel crisis of the Zimbabwean magnitude is bad in itself, but having a government that admits it lacks the capacity to address the crisis is worse.

It is like one’s father admitting that they can neither feed you nor take you to school. Economic challenges in various degrees exist in all States, but the distinguishing factor is the curative procedure taken by those in power to halt a crisis.

This is precisely where the Zimbabwean story differs from the rest of the world; the government seems out of sorts, does not have the pedigree to resolve such a vitally important part that touches on the very essence of living for its people.

This isn’t my opinion or a concocted position of the state of affairs; it is the official position given by none other than the government itself.

A patent admission of failure by an elected government such as we heard from Energy minister, Fortune Chasi, would have shaken the foundations of a country to the core in any other jurisdictions.

But Zimbabwe being a country where the absurd is gladly embraced as the usual, life will continue and the Zimbabwean will continue to squeeze himself/ herself thin to accommodate an inept government.

It shatters hope that Chasi, as one tasked with the all-important task and being the frontman in that regard, can send shockwaves across the country by audaciously stating that he does not know when the fuel crisis will end.

If the government has no hint on how to end this catastrophe, then who has?

Responding to MDC Midlands senator Lilian Timveos, who had asked what the government was doing to end the fuel crisis, Chasi reportedly said: “I don’t know when it (fuel crisis) is going to end? We have serious shortages of foreign currency in the country. I would be able to know when the foreign currency is available and this is the correct position.” This is the correct position and, let me add, the correct chilling position.

While his candor is to be respected, this translates to an admission to failure. It is like throwing the citizenry under the bus.

The onus is on the government to provide leadership, guidance and direction for its people and when it openly admits to incapacity this spells doom for its subjects.

Zimbabwe is enmeshed in the thicket of an unrelenting fuel crisis since last October and the Zimbabwe Energy Regulatory Authority keeps hiking fuel on a weekly basis in line with the precipitous fall in the value of the Zimbabwean dollar. Zimbabweans wake up each morning with the hope that the perennial fuel queues will one day disappear.

Perhaps it was better for the powers-that-be to remain mum on the matter than to erase all doubt by pronouncing doom for a nation.

Governing a country should be no laughing matter and those given the mandate to govern ought to prove equal to the task.

If there is patent admission of incapacity then the logical question pertains to continuance in governance.

The country is in desperate need of solutions not excuses. The logic in allowing people to govern is that those mandated to govern should strive to act for the common good. The trouble definitely comes when those mandated to better the life of citizens cannot do so and worse, admit failure.
The interpretation insofar as government’s fuel incapacity is concerned is that Zimbabweans are being condemned to a lifetime of poverty. It is clearly a commitment to poverty for the ordinary man and woman in Zimbabwe who earns an honest living.

The little that was left of dignity has been taken away by this unyielding crisis where professionals have to make do with the dehumanizing Zupco buses. The fuel crisis has also meant that the power to purchase has been completely eroded and all that people can do is stare and hope for some new day.
The crisis in Zimbabwe would have warranted a relinquishing of power in other States. The Zimbabwean crisis is an epitome of failure which has been heightened further by this admission.
The truth of the matter is that this admission of failure to rein in the fuel crisis is another way of telling Zimbabweans to accept the ultimate life of misery. Zimbabweans have to pray for a new day under the circumstances.

 Learnmore Zuze is a legal officer and writes here in his personal capacity.