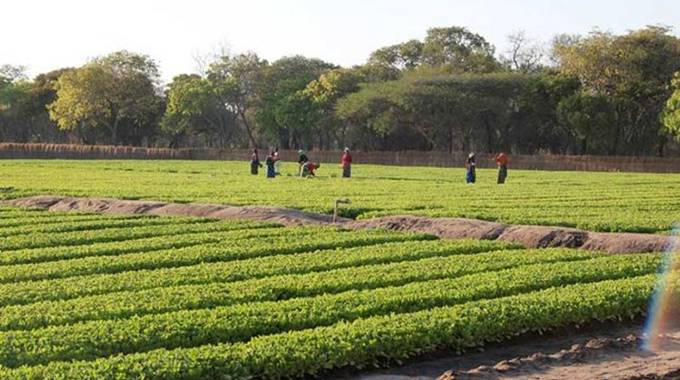 Zimbabwe’s cigar wrapper tobacco crop has continued to be popular with farmers with 24 500 kg having been produced during the 2018 marketing season.

Sibongile Maruta Business Reporter
Zimbabwe’s cigar wrapper tobacco crop has continued to be popular with farmers with 24 500 kg having been produced during the 2018 marketing season.

The high value tobacco brand is being grown in Burma valley where there are favourable conditions. The crop is being funded by Von Eicken, a Germany company which manufactures and markets cigarettes, cigars, cigarillos, and pipe tobacco.

Von Eicken is in partnership with the Tobacco Industry and Marketing Board (TIMB) which registers farmers at no cost as well as the Tobacco Research Board (TRB) which avails seed to the farmers for free.

The development makes Zimbabwe the third African country after Cameroon and Kenya to produce the high fetching cigar wrapper tobacco.

Speaking in an interview on Monday in Burma Valley, Zimbabwe Cigar Tobacco Wrapper Project technical advisor Mr Lindsay Guild said the growing of the cigar tobacco wrapper had improved the living standards of the people in the community.

‘‘Burma Valley is the only place that is suitable for growing cigar and we hope our market will be on the rise each season. We want this project to continue, with the go ahead been granted to us by our buyers from Von-Eicken for growers of 10 hectares of small scale. We want this project to promote the community as a whole. Final selection of the growers will be chosen soon.

“We have seen an improvement this year in terms of growth since inception. The highest grade being grade 1 with a 96percent produced by our growers and a 92percent for all the best grades which are grade 1, 2, and 3. Our farmers have been working hard and are dedicated,’’ he said.

Mr Guild said cigar wrapper has been doing so well in Zimbabwe as it has also brought in more foreign currency in Zimbabwe.

‘‘We have over the years produced a quality product and we have been maintaining that. Our highest grade cost $6, 50 per kg. This year’s lowest price was 75cents per kilogramme an increase from the 50 cents offered last season,” he said.

He also said it was unfortunate that some growers did not produce good results.

‘‘The Zimbabwean cigar wrapper is on high demand on the international market and it is important that farmers produce a crop that meets the global expectations.

Unfortunately some of our growers did not have good results and will be removed from the project.

The funder wants to trim the number of farmers [producing the crop and will continue with the farmers who have produced the best quality,” he said.

A representative from TIMB, a technical officer Mr Vine Zungu said there was need for growers to engage in drip irrigation so that the cigar will not be affected by dry weather conditions.

“As TIMB we are happy with the prices, they have been firm and prices are increasing as we go around with the project which is $6 per kg.  Our growers need to improve the quality of their tobacco for the project to continue.

“We still want the registration to still go on for free until the project has matured. This is actually a very good project we are looking forward to grow into a big tree in the future. As TIMB we shall continue to offer the support growers need for this project to go on,’’ he said.

He also said there is need for the project to expand to other regions that have humid conditions such as Nyamaropa, for this crop to benefit families outside Burma valley

One of the senior buyers Mr Andrew Edmondson representing Von Eicken said they were happy with the produce and were looking forward to 2019.

“Over the past four years there has been several varieties and we are now confident we have identified varieties for Burma valley. We think we are playing our part in Burma valley community.

“We look forward to the continued growth of the crop and the improvement in quality. The cigar world is open for new cigars and flavours and our Dominican factory has had a lot of interest based on year one production’s child particularly for the United States market,’’ he said. — BH24.