Innocent Ruwende Senior Reporter
Harare City Council yesterday commissioned a fleet of 10 tipper trucks and six refuse compactors, bringing the amount it has drawn down from the $30 million loan facility it accessed from local banks for recapitalisation to $8 million.

Foreign currency shortages have been hindering the city’s recapitalisation efforts amid reports that 15 more refuse compactors and three graders are still in South Africa because of forex shortages, although the supplier has them in stock.

Last week, FAW Group Corporation top executive Mr Patrick Masocha said his company had the capacity to provide even more than the city’s order of 30 refuse compactors if they get the required foreign currency to bring them from their sister company in South Africa. 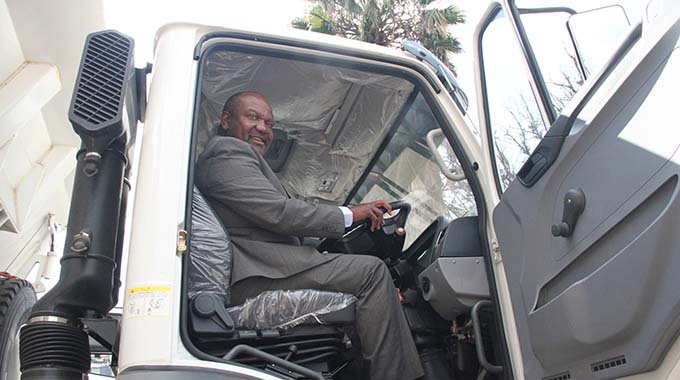 “We are still short and we are working flat out.

“These will be deployed immediately. We know we have areas in the city that are struggling with backlogs that go as far back as five weeks. It is a priority. The timing is just perfect for us to address that backlog,” he said.

“There has been some improvement. Our previous fleet had outlived its lifespan. Of the $30 million loan, we have drawn down $8 million and we still have a long way to go. We are expecting another 10 refuse compactors from South Africa. It is an ongoing process. We will continue working until we achieve our maximum capacity.”

Turning to roads, Mayor Manyenyeni reiterated that the road mandate for the City of Harare was an unfunded one.

“We have an estimated 400 000 vehicles in the city. Those should bring $40 million for road maintenance. That money is going to Zinara. It is not coming back to the city for the maintenance of our roads over the past nine years. Let us park that problem where it truly belongs. He who has the wallet has the responsibility,” he said.

“Zinara has been giving us money in small chunks. We want real money, which is commensurate to the size of the problem we are facing.”

The city also got five one-tonne trucks from Zinara.