Construction of Africa museum on track

Source: Construction of Africa museum on track | The Herald

Talent Chimutambgi
Herald Reporter
Construction of the Museum of African Liberation is continuing, with the museum’s head of secretariat, Ambassador Kwame Muzawazi, dismissing as a hoax reports from some sections of the media that the High Court had stopped the work.

There were reports that the on-going construction of the museum was barred following disputes between a housing cooperative, vendors, sculptors and miners who had taken over part of the State land on which it is being built.

Speaking during a press briefing at the site in Warren Park yesterday, Ambassador Muzawazi said the land in dispute was less than 1ha, so the High Court could not ban the construction of museum over a dispute of a small portion of land when there were over 90 hectares to develop.

In any case, the small plot was sold without going through the proper procedures, he said.

The establishment of the Museum of African Liberation will subsequently lead to the preservation, protection and storage of the liberation war history from all of Africa in Zimbabwe.

During the press briefing, work was going on, with earth moving equipment clearing the ground.

Flags of all African countries have been hoisted at the venue.

“It was important to respond to the various media reports that have come over the past weeks which were highly inaccurate and misleading,” said Ambassador Muzawazi. “There is no such court order banning the construction of the museum.

“That is why we are proceeding and the next few days we will have the ground breaking ceremony with delegates from all supporting countries.”

Whatever challenges that might arise would be dealt with by the responsible authorities, said Ambassador Muzawazi. 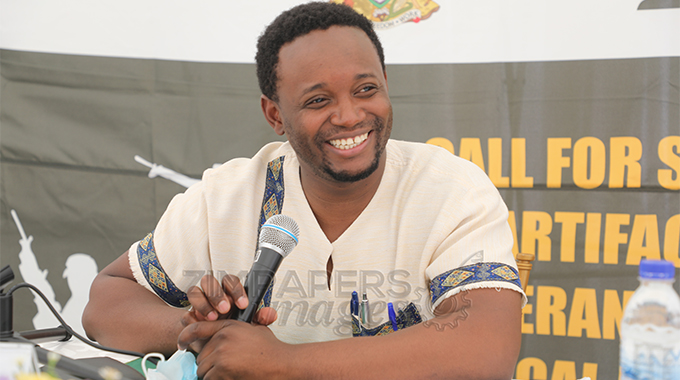 “We have one cooperative there and one private company bought the land and the deals were not procedural,” he said. “This should not be done without the consent of the Minister of Local Government. The city council has no authority to sell that land. That is the reason why the sale was cancelled.”

The project is jointly pursued by the Government of Zimbabwe and the Institute of African Knowledge (Instak).

Ambassador Muzawazi said some countries had come on board supporting the project and other non-African countries like China, Russia and Cuba became part of the project through their embassies.

He said the history of Zimbabwe was linked to other countries which assisted the country during the struggle.

“We had to get support from other countries. You can’t talk of the history of Zimbabwe without talking of African cooperation.”