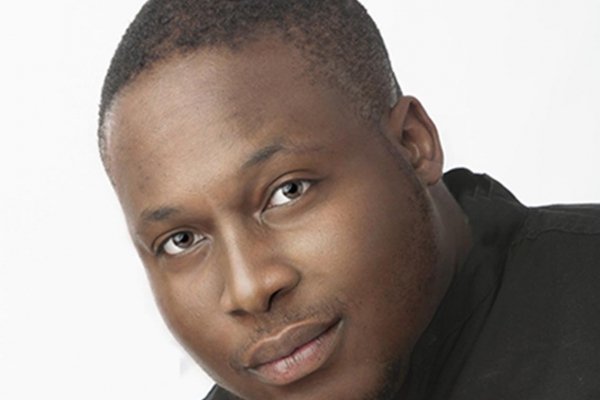 Last week, we looked at some background history on the Maintenance of Order and Peace Bill (MOPA) as well as similarities between the Bill and its predecessor, the Public Order and Security Authority (POSA). This week, we explore the defects of the Bill more substantively and why it should not be passed without major reforms.

We already established that the Bill is a replica of POSA and thus major criticisms of POSA apply unreservedly to the draft Bill. Let’s turn to consider the offences created in MOPA.

There are eight cardinal sins in terms of MOPA which will attract criminal liability. These are:

“Every person has the right to demonstrate and to present petitions, but these rights must be exercised peacefully.”

Our Constitutional Court has gone to great lengths to express how fundamental and important the right is. In Democratic Assembly for Restoration & Others v Saunyama N O & Others, a unanimous judgment of the Constitutional Court penned by Justice Rita Makarau, the court held that protests serve as an expression and reminder of outrage, condemnation or support of policies or actions.

In addition, she noted that “demonstrations have become an acceptable platform of public engagement and a medium of communication on issues of a public nature in open societies based on justice and freedom”. Protests are, therefore, legitimate and necessary in a democracy, provided they are peaceful.

As a result of the supremacy of our Constitution, laws such as MOPA need to be consistent with the Constitution without derogating from the rights and protections enshrined in it.

How does MOPA limit the right to petition and protest, you may ask? Well, this is done chiefly through the requirements of notices prior to processions, public demonstrations or public meetings in Clause 8 and the criminalisation of failing to give such notice. People are required to notify and obtain approval from the police of such protests beforehand.

It must be noted that the Constitution does not place similar requirements prior to the exercise of the right to protest nor does it grant the police power to approve or prohibit protests. To the extent that the proposed legislation curtails the right by placing these notification obstacles, MOPA is unconstitutional.

Furthermore, MOPA like POSA, impliedly prohibits any spur of the moment protests, public meetings or public gatherings. You will recall that the Constitutional Court already indicated that protests are a medium of communication, but are also an expression of outrage or support.

There are protests that will occasionally sprout up from the immediate circumstances that move the country to a common cause for protests or gatherings, but these are not legally permissible with the provisions relating to notification.

In fact, there is a penalty for a protest, public gathering or demonstration that is not sanctioned by the police. MOPA would make the kind of protests that broke out during the 2017 coup, unlawful.

MOPA also makes the gathering of people outside courts such as the ones we witnessed during cleric Evan Mawarire’s case, unlawful.

Some analysts have been quick to defend MOPA’s notification clauses by citing the South African Gatherings Act which contains similar provisions, but unfortunately, this comparison is not useful.

Firstly, that Act is an Apartheid-era Act which has been fallen out of use in that it is hardly enforced, but more importantly, the Constitutional Court of South Africa declared that the provisions were unconstitutional in the case of Mlungwana and Others v S and Another.

Internationally, the same concept of notification for demonstrations has been seen as a limitation to the enjoyment of the right to protest. The United Nations Human Rights Committee’s decision in Kivenmaa v Finland Communication expressly found that criminalising non-notification limits the right in Article 21 of the International Covenant on Civil and Political Rights (ICCPR). Article 21 states: “The right of peaceful assembly shall be recognised. No restrictions may be placed on the exercise of this right other than those imposed in conformity with the

law and which are necessary in a democratic society …”
Limitations on the right of movement, privacy and dignity

Clause 13 gives the police the power to establish cordons around any area if they consider it necessary to either contain public disorder in the area or “protect the area from public disorder”. The language here will no doubt remind many of the emergency regulations under the Rhodesian government and that points to the problem here.

These wide powers are essentially emergency powers which Zimbabwe will be subject to indefinitely if MOPA is enacted as law. The unchecked power of the police to determine when cordons will be established is extremely problematic and invites an obvious potential for abuse.

Clause 13 further gives police officers the powers to conduct searches within the cordoned areas without warrants to look for persons who are suspected of having instigated the public disorder or violence that led to the establishment of the cordon or to find evidence for such crimes.

Warrants generally provide the necessary justification to override this since a magistrate or judge has oversight over the process.

In the absence of judicial oversight, this right will certainly be infringed by Clause 13’s wide formulation. Nothing in the clause prevents police from having perpetual cordons and searches without warrants since all that is required is a subjective belief that establishing a cordon is “necessary”. More safeguards are required to bring this in line with the Constitution and to prevent unjustifiable intrusions into the privacy of Zimbabweans.

If dignity is the sense of worth and value, then unjustified intrusions and forced searches without warrants will detract from that feeling of worth. Something about arbitrary searches and seizures strikes at the core of our dignity and leaves one feeling violated. It’s therefore important that this is factored in.

Something more worrying about Clause 13 is that the section criminalises movement into or from a cordoned area without written permission. If one knowingly leaves or enters a cordoned area, then in terms of Clause 13(2), an offence has been committed which could result in a fine or six-month imprisonment or both.

In an open democracy, such archaic restrictions and corresponding penalties must be resisted. Section 66 of the Constitution grants everyone in the right to move freely within Zimbabwe and leave Zimbabwe. The broad powers given to police to establish cordons and arrest persons who leave cordoned areas without written permission, inevitably interferes with this right.

Clause 16 which authorises police to stop and search any person, vehicle or vessel entering of leaving Zimbabwe, without a warrant is also problematic in its interference of rights of privacy. It also lacks sufficient controls to prevent abuse by the police.

In the last instalment of this series, I will look at how the Bill can be bettered and also give a run down of other problematic provisions that we have not covered as yet.