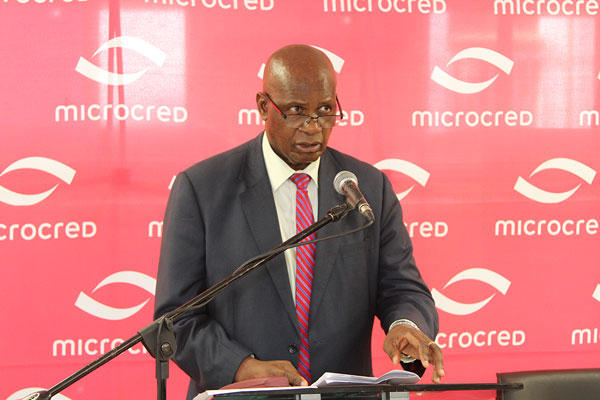 FINANCE minister Patrick Chinamasa, has claimed that some top Zimbabwe Revenue Authority (Zimra) officials had tampered with the revenue collector’s data system to cover up their corrupt activities.

Chinamasa said this in the capital last week, while addressing a Public Sector Financial Management Awards dinner in Harare, adding that this came out during a recent lifestyle audit on Zimra officials.

He said several loopholes came out which pointed towards the need for effective ICT system audits of these public institutions.

“Business has invested in ICTs and this should clearly help them in delivering, but, however, there has been abuse of these ICTs and I, therefore, encourage auditors to build capacity to conduct ICT’s systems audit,” Chinamasa said.

“We found this when we were doing an audit for Zimra in which we could see that some items were deleted from the computers, obviously raising suspicion that something was the matter because, why would, you as an officer, delete certain items from your computers.”

Corruption has continued to remain a challenge with Zimra.

In Zimra’s first half year report, investigations into corruption reports yielded about $120 million dollars in assessments, which resulted in 21 suspensions leading to three officers being dismissed.

Presently, there are 176 corruption cases being investigated by Zimra, with some officers undergoing disciplinary hearings.

Chinamasa bemoaned bribery and corruption, as the biggest impediments to the smooth running of businesses in the country.

He said the poor performance of the public sector was attributable to poor corporate governance and financial management of State-owned enterprises worsening debts within the institutions, which were inherited by Treasury.

“I expect auditors to help the fight against bribery and corruption, which continues to negatively affect business in this country, and help our institutions to build sustainable business models, preventing an unnecessary burden on the budget,” Chinamasa said.

“A well-functioning public sector is critical in such an environment, but sadly, the performance of some public sectors remains unfavourable because of poor corporate governance, inefficient allocation of limited financial resources and poor financial management.”

Chinamasa said this had culminated in huge debts that these institutions would want Treasury to inherit, which was not acceptable.

His revelation on Zimra comes at a time most of the country’s public institutions have been implicated in scandals.

The scandals relate to hefty salaries pocketed by management, coupled with excessive abuse of resources resulting in huge debts.

As such, the Treasury boss has urged the Auditor-General’s Office to upgrade its ICT systems as a way to effectively deliver its mandate.