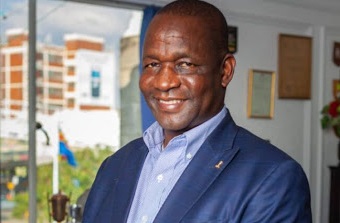 A WARRANT of arrest recently issued against Harare City Council director of works Zvenyika Chawatama was cancelled yesterday after he showed up in court.

Chawatama, who was alleged to have been on the run, denied that he was evading arrest when he appeared before Harare magistrate Stanford Mambanje.

He told the court that he was not personally served with the summons, adding that it was served on his wife when he was in South Africa.

Chawatama said when his co-accused, suspended town clerk Hosiah Chisango, appeared in court on summons, he was actually in South Africa and only came to know of the warrant on WhatsApp from a colleague.

The State represented by Michael Reza, told the court that it had no reason to oppose the cancellation of warrant since the prosecutor responsible for the case was not around.

Chawatama accuses his enemies within the local authority of instigating his arrest because he held incriminating evidence against some of them. Several council bosses are on remand on corruption allegations.

He claimed that he was being targeted by corrupt officials for his stance against corruption.

Mambanje remanded him to May 9.