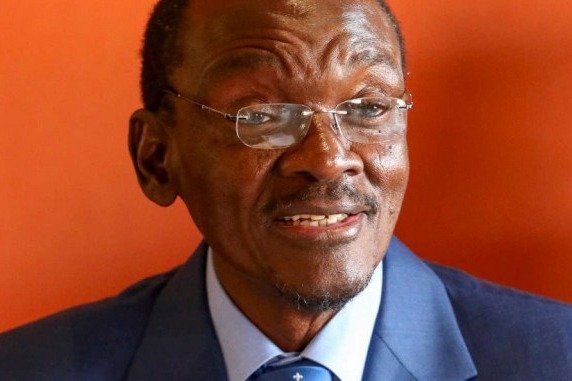 VICE-PRESIDENT Kembo Mohadi has implored traditional leaders in Mashonaland Central province to help government to quell emergent protests in the county by preaching peace in their communities.

Speaking at a peace and conflict resolution meeting with chiefs in Mazowe yesterday, Mohadi said the country had become ungovernable and needed a collective approach in dealing with conflicts.

“The country has become ungovernable as you all witnessed in August last year soon after elections. There were violent protests and this year in January, there were protests in urban centres, making the country ungovernable,” he said.

“I have oversight on the National Peace and Reconciliation Commission (NPRC) and I chair the Cabinet committee on peace. However, I have chosen to consult our traditional leaders in order to learn from their indigenous knowledge for this country to be governable.”

Mohadi urged chiefs to preach the “gospel of peace” in their communities for individuals and families to remain united.

“Traditional chiefs are the custodians of the people. Indeed, conflicts were high in urban centres, but you, as chiefs, can talk to the parents of those in the city to stop conflicts as it retards development,” he said.

The VP claimed he would never forgive white people for imposing slavery on Africans.

“I cannot forgive the whites because they cannot stay peacefully with others. Remember the slave trade, Africans suffered a lot during that era, maybe I can forgive them, but surely cannot forget,” he said.

Journalists were later given marching orders by State security agents after the province started to brief Mohadi on the rift in the ruling party, which saw war veterans reportedly pushing for the dissolution of Zanu PF Mashonaland Central executive.

The war veterans are accusing party provincial chairman Kazembe Kazembe and his executive of creating an acrimonious working environment, while Provincial Affairs minister Monica Mavhunga was allegedly also causing rifts in the party.

On Independence Day last month, war veterans provincial chairperson Sam Parirenyatwa was embarrassed by suspected Kazembe security officials, who blocked him from occupying a seat at the top table.

The development prompted war veterans to storm out in solidarity with their leader.