Source: Illegal miners defy soldiers at Gaika mine – The Standard May 12, 2019 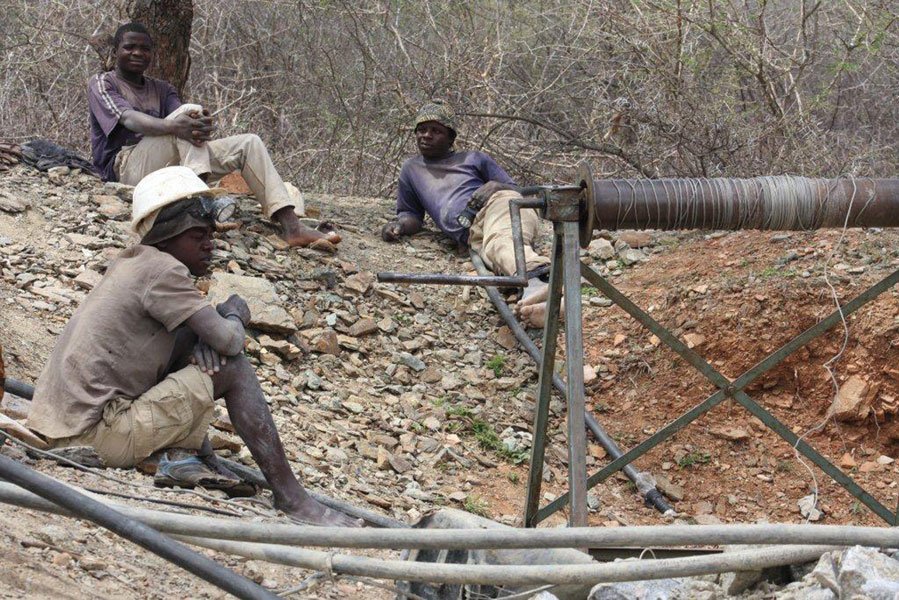 Illegal mining continues unabated at one of Kwekwe’s richest gold mines even after the government deployed soldiers to stop the marauding Zanu PF-linked militias from looting the precious mineral.

Zanu PF politicians have been pushing for the takeover of the privately owned Gaika Mine in defiance of court orders and this forced the government to deploy soldiers last month.

The mine was sealed off by soldiers and police officers who are armed to the teeth, but this has not stopped the illegal activities, investigations have revealed.

It emerged during a visit to the mine that the illegal miners still have access to mine and loot gold ore under the cover of darkness.

Blasts at the mine could be heard from the nearby Gaika and Chicago residential areas,

Thamsanqa Ndlovu, an illegal miner from Zhombe, said most of them were now working with the soldiers that were deployed to block the militias from gaining access.

“We are now working for the soldiers and police officers,” he claimed. “They allow us to dig for gold ore and we share the proceeds.”

Gaika Mine manager Carel Hendrick Meyer was forced to hire a private security company, which uses sniffer dogs to police the “guards”.

The looting of gold ore by police and soldiers was exposed recently when angry Zanu PF youths smoked out a police officer who was allegedly behind the illegal gold mining, resulting in his arrest.

Danmore Nyashanu, a member of the Zimbabwe Republic Police’s Support Unit deployed to guard the mine, was caught at Stewart and Lloyd’s compound where he had allegedly employed a group of women to process the looted gold ore.

Nyashanu was apprehended by Zanu PF youths led by Petros Makonde, and was handed over to the police.

The youth seized a gun, gold ore and panning dishes, which were in his car.

“We received information that the accused had stolen gold ore from Gaika Mine and was processing it at Stewart and Lloyd’s,” he said.

Zanu PF youth leader Tapiwa Muto seemed to be blaming the Gaika Mine owners for the lawlessness, saying the youths were turning to crime because they were unemployed.

“It is clear that our government is respecting the rule of law and we respect that, but the owners of the mine should either cede the claim or alternatively open the mine and provide jobs for the youths because the people who used to mine here are now jobless and without income and are turning to crime,” he said.

Muto is alleged to be behind the illegal mining at Gaika together with other Zanu PF bigwigs.

Insiders said youths had held meetings planning to chase the soldiers away, but were stopped by Muto.

“He told them that confronting the soldiers would embarrass both the party and President Emmerson Mnangagwa,” said a source.

“The illegal gold panners, who are clearly not afraid to die or fight, are itching to return to the gold fields where those connected to Zanu PF chefs have become rich overnight.”

One of the sponsors of the illegal gold panners confirmed that he supplied them with equipment to drain water in underground tunnels.

“A lot of money had been put into the operations before government stopped us,” said the gold baron.

“I was sponsoring the miners, we pumped water out of the tunnels, and since we were pushed out, water levels were rising and in weeks the tunnels will be submerged and even the soldiers won’t be able to work.”

Midlands Provincial minister Larry Mavima said the government was committed to ensure that the rule of law was observed at Gaika.

“Criminal elements will always be there and the fact that there are arrests means as a government we are committed to the rule of law,” he said.