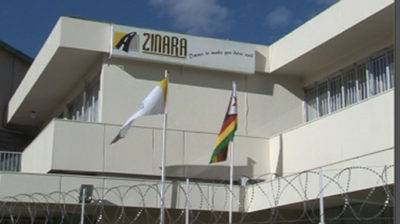 Prosecutor-General, Kumbirai Hodzi, the head of the National Prosecuting Authority (NPA), has petitioned the High Court seeking an order to freeze former Zimbabwe National Road Administration (Zinara) chief executive officer, Frank Chitukutuku’s property pending full investigations into how he amassed his wealth of over US$20 million.

Hodzi wants an order compelling Chitukutuku to give a detailed statement to the head of Asset Forfeiture Unit (AFU) which is within the Zimbabwe Republic Police (ZRP), Commercial Crimes Division.

In his founding affidavit filed on his behalf by prosecutor Tapiwa Kasema, Hodzi claims he suspects Chitukutuku may have acquired his property through criminal activities, hence the need to have the same frozen.

On Wednesday this week the PG filed an ex parte chamber application for an unexplained wealth and asset freezing order in terms of Section 37B as read with Section 37H of Presidential Powers (Temporary Measures) (Amendment of the Money Laundering and Proceeds of Crime Act (Chapter 9:24) and Exchange Control Act) Regulations, 2018 (Statutory Instrument 246 of 2018).
According to the court papers, Kasema is now working under the Asset Forfeiture Unit (AFU), which was established in terms of Section 27A of the NPA. The unit was set up to recover proceeds of crime and making applications for orders to seize any property derived from such criminal activities and forfeit them to the State.

In the same application, the ex-Zinara boss, who is under investigations for fraud, is said to have acquired 10 motor vehicles between September 2013 and April last year.
These vehicles include two Mazda T35 trucks, a Hino Dutro truck, Toyota Land Cruiser, Toyota Prado, Nissan NP200, Range Rover, Hino Ranger and a Land Rover Discovery.

The State also claims Chitukutuku built or acquired a multi-million dollar thatched precast-walled house at the top of a mountain at Belmont Farm, adding he also has six state-of-the-art fowl runs, five tractors, a 10-tonne UD truck, 4 x 200-litre PVC water tanks, as well as several structures at the farm.

“During the period in which the respondent acquired the above mentioned property, his lawful income, which was realised from employment as well as farming, amounted to $8 500. This application is made on the basis that the acquisition of property by the respondent raises suspicion of commission by him of the crime of money laundering,” the PG said.

“I am, therefore, seeking an order directing the respondent to give a statement explaining the circumstances under which he acquired the mentioned property to the head of Asset Forfeiture Unit… as well as an interim freezing order in terms of Section 37H of SI246 of 2018 prohibiting the respondent from in any way dealing with the property in question.”