Cow dung lighting up the future

Source: Cow dung lighting up the future | The Sunday Mail 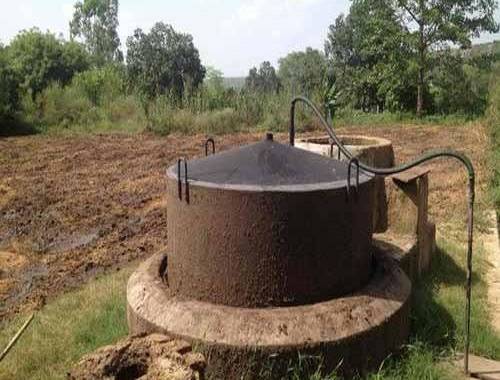 Even though she was acutely aware of the negative impact of deforestation on the environment, she had no option.

“We knew it is bad for the environment,” she said.

“But it was either the trees or our families would starve if we did not have firewood for cooking.”

Harvesting firewood is rampant in areas that are off the power grid.

However, families face the dilemma of being unable to plant enough trees to replace the ones they chop down.

Beyond the strain of cutting down trees for firewood, Gogo Vengai, like other women in her village, understood that she was jeopardising the future of the community with every tree she cut.

And given the arid nature of the area, it could be difficult to replace the trees in drought-prone Zhombe.
Faced with such a conundrum, Gogo Vengai was left with no option, but to turn to biogas as an alternative source of power.

She has now acknowledged that using biogas, which comes from the decomposition of animal waste, is better and friendlier to the environment, including the community’s well-being.

“I used to walk for very long distances . . . in search of firewood. It was tiring and time-consuming work because I had to carry a heavy load of firewood on my head. The toll on one’s body is enormous, not to mention the trees we continually had to cut down.”

She has also since benefited from a pilot project by the Environmental Management Agency (EMA), which has been installing biogas digesters that decompose biodegradable materials.

EMA has set up the digesters at some homesteads in Zhombe to encourage more villagers to embrace this climate-friendly alternative.

The agency is encouraging such energy alternatives to fight the effects of climate change.

“We are advocating for the use of biogas as a source of power especially in rural areas. Producing biogas from cow dung lowers the amount of methane released in the atmosphere as the process converts it to carbon dioxide. Carbon dioxide is less damaging to the ozone layer than methane,” he said.

The Women’s International League for Peace and Freedom (WILPF) is encouraging women in rural areas to take up biogas.

WILPF founding director Mr Edwick Madzimure said her organisation is embarking on publicity campaigns in different parts of the country.

“Women are most affected by climate change. When there is a drought, they are the ones who struggle to put food on the table for the whole family. It is important that they know how to survive in these times. Biogas is a sustainable course of power which rural women have access to.”

On average, a cow produces eight kilogrammes of cow dung per day and one kilogramme of dung produces 40 litres of gas.

Gogo Vengai now has access to 80 litres of biogas, which her household can use for the next three weeks.
“Life has gotten easier, but above all I am glad to play my part in fighting climate change. As a community, we have been receiving a lot of education on the effects of climate change,” she said.

Although biogas is friendlier to the environment, it is highly flammable.

If biogas digesters are not properly maintained, this can potentially result in explosions or sulphide poisoning.

Therefore, precautions need to be taken when handling biogas.

In Zhombe, cow dung is readily available but because it contains phosphorus and nitrogen, it produces dangerous toxins that have adverse effects on the environment.

Instead of leaving the dung to lie idle and contribute to alga blooms that contaminate water streams, the best remedy is to create a win-win for all by producing biogas to generate electricity.

This story was written with funding from and as part of the WAN_IFRA Women in News Social Impact Reporting Initiative (SIRI) project.