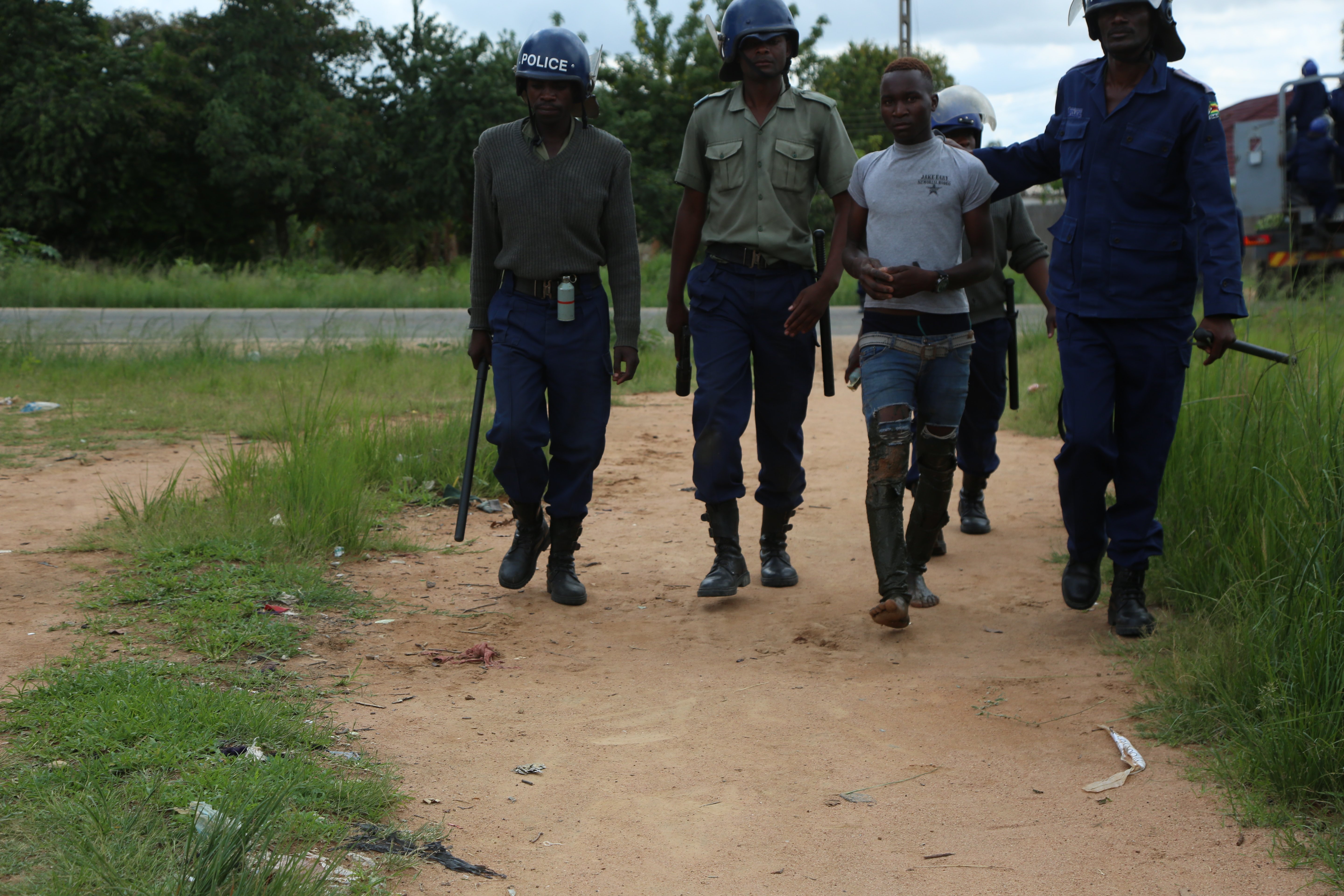 The Nelson Chamisa-led MDC Alliance has submitted a dossier to the Zimbabwe Human Rights Commission (ZHRC) detailing alleged gross human rights violations by the security forces as pressure mounts on President Emmerson Mnangagwa to end a military crackdown on citizens.

According to the report compiled by the party’s secretary-general Douglas Mwonzora, Zimbabwe has been under a de facto state of emergency since January 14 when the army was deployed to violently crush protests organised by the Zimbabwe Congress of Trade Unions (ZCTU) over a steep fuel price increase and general economic hardships.

The report was copied to Mnangagwa.

Titled, State-sponsored crackdown, microwave justice and prisoners of political conscience, the report submitted to the ZHRC on Friday details hair-raising cases of assault, torture, and rape allegedly committed by the security forces across the country.

“Just yesterday, in Hopley, 14 women were raped by soldiers, while four women from Epworth were also raped out of the 13 assaulted people,” reads part of the report.

“Another 28 victims who were receiving treatment were rounded up and taken to Harare Central police before they were released to the medical facility the next day.

“Others are just too afraid to report and are recuperating from home for fear of retribution.”

Two weeks ago, police and the military reacted disproportionately to violent protests during a stayaway called by the ZCTU and social movements.

Twelve people died and several others were injured, while hundreds have been arrested amid allegations that they were being subjected to unfair trials.

Bulawayo has the largest number of people arrested, with about 395, followed by Chitungwiza with 138 and Harare with 104.

According to the Human Rights NGO Forum, about 844 violations have been reported with 78 people sustaining gunshot wounds.

The MDC report claims the beatings and firing of live ammunition on protesters happened throughout the country resulting in loss of life, and grievous injuries to many.

“There is a sustained vilification and attack of the MDC by the state media through the Zimbabwe Broadcasting Corporation and The Herald which continues unabated,” the report reads.

“The deliberate nationwide internet shutdown by the state led to a total blackout of information and the state media took advantage of the blackout to misinform and misrepresent facts on the ground.”

The report added: “There was targeted persecution of MDC leaders, Members of Parliament, councillors and perceived members by state security agents and Zanu PF militia followed.

“Detained party leadership and perceived supporters where systematically denied bail throughout the country.

“A de-facto state of emergency is what is obtaining currently, leading to a curtailment of basic freedoms. For instance, in Bulawayo where there is a by-election in Cowdray Park, the party failed to hold its primary elections to select a candidate in preparation for the nomination court this week.”

Meanwhile, a regional legal lobby group has accused Mnangagwa’s government of committing serious crimes against humanity and threatened to take steps to force the authorities to comply with the law in investigating the cases of abuse.

The Southern Africa Litigation Centre (SALC) said it was concerned about reports of gross human rights violations committed by government, which constitutes a breach of international laws and urged the Zimbabwean authorities to investigate the abuses.

The statement took note of the use of live ammunition by soldiers and police on civilians, attacks on victims in medical care, displacements and arbitrary detentions among a litany of other serious violations of human rights during the stayaway.

“Zimbabwe has an international obligation to investigate and prosecute the crimes committed by the police, government security forces and Zanu PF officials against its citizens,” SALC said.

“Should Zimbabwe take no steps towards fulfilling its obligation, the international community has an obligation to intervene in order to hold those responsible for the commission of the crimes accountable.”

SALC warned: “As a regional body that strives to hold governments accountable for the commission of international crimes including acts of torture and crimes against humanity, SALC reiterates its position that it will take steps towards holding accountable those individuals who are committing the crimes in Zimbabwe.”

South Africa’s ruling ANC on Friday slammed the crackdown following threats by the opposition DA to take Zimbabwe to the International Criminal Court.

The United States and British governments have also condemned the crackdown, with Zimbabweans in South Africa, the US and Britain protesting on streets and Zimbabwean embassies condemning the abuses.