Crash victim in need of help 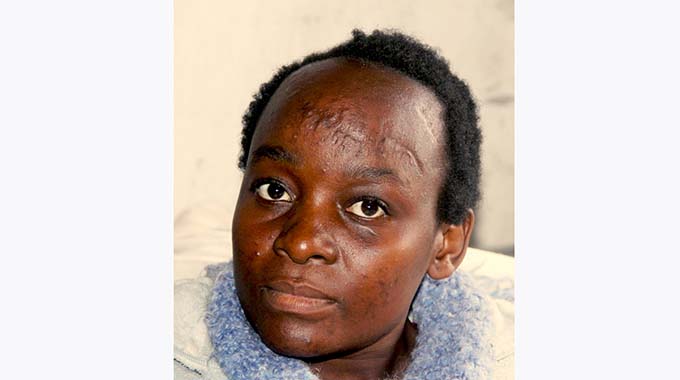 Leroy Dzenga Features Writer
Cecilia Manyenyeni (27) might have survived a life-threatening car crash on October 29 last year which killed four others, but her fight is far from over.

Her admission at Parirenyatwa Group of Hospitals saw her being hospitalised for over three months, accumulating a bill of $1 500 and in need of a wheelchair as the accident damaged her spinal cord and paralysed her lower limbs.

“Doctors told me that corrective surgery needs to be done to put screws on my spine so I can be able to sit. The cost of the operation was put at $600 and we could not afford. They also told me that I need to clear the hospital bill first before paying for the procedure and so they discharged me,” said Ms Manyeyeni.

Ms Manyenyeni`s life has never been the same again.

“I used to be a cross border trader, shuttling between Harare and cities like Francistown and Johannesburg to fend for myself and my seven-year-old daughter,” she said.

“When the accident happened, I was on my way home from Botswana. The taxi we hired crashed and I am the only one who survived,” said Ms Manyenyeni.

As a result of the injuries sustained, she cannot walk and has to rely on caregivers for almost everything that requires movement.

Ms Manyenyeni has been bedridden since her accident.

She now has a deep hole on her back which is growing septic.

“The wound keeps getting deep and it started to smell bad. My sister tells me that she sees my bone when she cleans it. I am in pain,” said Ms Manyenyeni.

“Right now I cannot feel when I am about to relieve myself, so my sister looks out for flies to see if anything is wrong. Problem is, it is not always that we have money for soap so she braves sharing a bed with me even after I have messed.

“We lost contact with most of our family, and at the moment my twin sister is the only person I rely on,” said Ms Manyenyeni.

Accommodation has also been a headache for them.

“I was evicted from my lodgings after I was discharged since I could no longer afford to raise money for rent. I moved in with my twin sister Margaret. The landlord at the Waterfalls house told her to leave as she was uncomfortable with a sick person on their property,” she said.

A well-wisher saved the two sisters from destitution.

They are currently sheltered at Samuriwo garages at the benevolence of the owners.

Although they are living in a single room, they still face a number of challenges.

“I had to leave my job so I could take care of my sister. She cannot do anything on her own. I cannot leave her alone for too long because all she needs to do I have to assist,” said Margaret, the twin sister.

“We had to move her daughter to a school in Hopley which costs $10 a term but we are still struggling. For us to eat, it is the good hearts of well-wishers. All I want is for my sister to be able to move again because it is weighing in on her daughter and it breaks my heart,” said Margaret.

Ms Manyenyeni misses the days she used to fend for herself.

“Right now, I would be grateful if I get a wheelchair which can allow me to spend time even selling tomatoes at Zindoga shops. At least we would be able to get something to eat,” she said.

The regiment of pills prescribed to her cost about $30 a month.

A person in her condition requires regular medical check-ups but that has not been the case.

“I live with a catheter. It is supposed to be changed in six weeks but I have not had the money to do so.

“I have had the current one for close to four months and it has blocked, this has resulted in a bladder infection,” said Ms Manyenyeni.