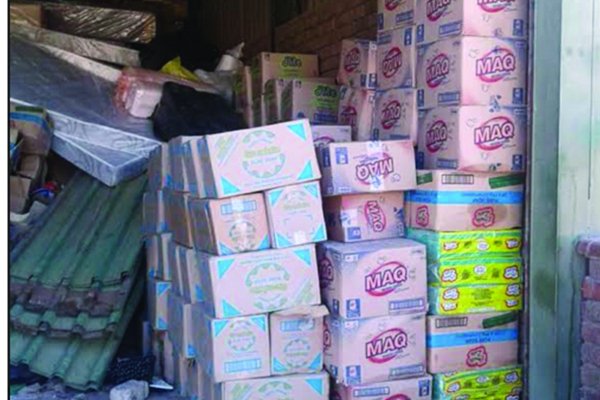 THE Zimbabwe Revenue Authority (Zimra) in Beitbridge has seized goods worth thousands of dollars from travellers, among them tomatoes, onions and potatoes.

Zimra spokesperson Taungana Ndoro confirmed the seizures, saying it was provided for by a Statutory Instrument.
“That’s correct,” Ndoro said in a brief response before releasing images of some of the goods that were in State warehouses.

Some affected transporters said the exercise had started two weeks ago following the deployment of loss control officers to the borderpost.

In what appeared to be a direct defiance of President Emmerson Mnangagwa’s orders that no vehicles be searched twice, loss control teams were, however, seen ordering researches.

Mnangagwa, during his first visit as President, instructed that all stakeholders search vehicles at one place to avoid inconveniencing travellers.

“He said that, but failed to write a circular. Customs laws guide us,” a Zimra official said.

The new development has been unpopular among crossborder shoppers who felt that certain seized goods were for personal use.
“I find it rather annoying that used roofing sheets, window frames and doors are taken. Surely, it’s for someone going to build a home,” Amos Moyo, who is a crossborder trader said.

Some people were seen shedding tears as they were ordered to surrender their goods without the option of paying full duty.