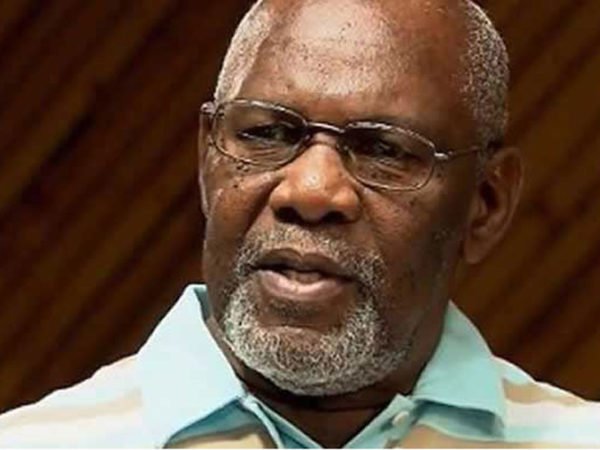 THE late national hero, Dumiso Dabengwa’s remains remained stuck in South Africa yesterday due to space constraints in the cargo compartment of an Airlink plane which flew his widow, Zodwa and other family members to Bulawayo.

Vice-President Kembo Mohadi announced that Dabengwa’s body was now set to be flown to Harare late last night and later taken to Bulawayo.

Reliable sources told NewsDay that the body would land in Bulawayo at around 10:40am today ahead of his burial at his rural home in Ntabazinduna on Saturday.

Mohadi told mourners gathered at Joshua Mqabuko Nkomo Airport in Bulawayo to welcome the late national hero, that government was organising a commercial flight to bring the remains of the ex-Home Affairs minister via Harare.

“Unfortunately, the body could not come in this (Airlink) plane. We were told that the holding was very small. The body remained behind. We are making arrangements that his body be flown into Zimbabwe either this evening through any other aircraft, but not directly to Bulawayo,” Mohadi said as he announced the national hero’s status.

Even before the public announcement, Dabengwa had been declared a hero by Zimbabweans across the political divide due to his exploits during the liberation struggle as well as during post-independence.

Dabengwa (79) passed away on Thursday in Nairobi, Kenya, on his way to Zimbabwe from India where had gone for medical treatment for a liver ailment.

Just as the late national hero had wished not to be buried at the National Heroes Acre, Mohadi said Dabengwa will be buried at his Ntabazinduna family shrine.

“He is going to be buried in the manner that all other national heroes are interred, but they indicated to us that he had said that he wanted to be buried next to his mother. As government, we are not against that,” Mohadi added.

“We have done it before, professor (Phinias) Makhurane was buried at his homestead, but the government will take over all the expenses and everything that is required towards the burial will be borne by the government until the day he is interred.”

The former Zanu PF politburo member before reviving Zapu in 2008, had indicated that he did not want to be buried at the national shrine even if he was declared a national hero.
According to Dabengwa’s brother, Jabu, the late minister is likely to be buried on Saturday.

In 2008, Dabengwa, the ex-head of the Zipra intelligence during war time, left Zanu PF to revive Zapu which had folded up in 1987 to merge with Zanu to put an end to Gukurahundi that claimed over 20 000 people in Matabeleland and Midlands regions.

In 1982, Dabengwa was charged with treason alongside the late Zipra commander Lookout Masuku and four others by the then Prime Minister Robert Mugabe’s government, but was acquitted in 1983. The were accused of fuelling insurgency. Dabengwa was released four years later.

He retired from government in 2000. After leaving government, Dabengwa became critical of Mugabe and Zanu PF before reviving Zapu in 2008. In the run-up to the July 2018 presidential and parliamentary vote, Dabengwa supported opposition leader Nelson Chamisa for the presidency.

He is survived by his wife, Zodwa, five children and five grandchildren.