Agree to separate amicably and kiss each other 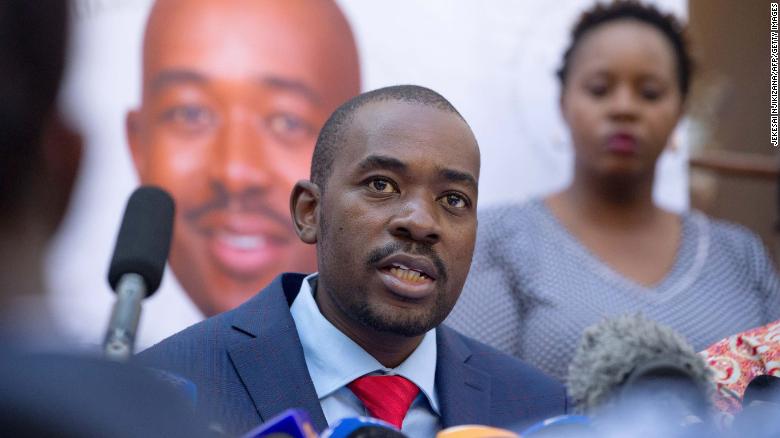 So, while the High Court Judge Edith Mushore gave a ruling that the MDC should return to its 2014 structures and hold an Extra Ordinary Congress to elect a replacement of the party’s late founding President, Morgan Richard Tsvangirai, the same Judge gave the green light for the Advocate Nelson Chamisa-led party to proceed with its Congress that was held in Gweru over the past weekend.

While Dr. Thokozani  Khupe is reportedly proceeding with plans to hold an Extra Ordinary Congress in line with Justice Mushore’s earlier judgement and Advocate and Advocate Obert Gutu is salivating at the prospects of his party being given the property being used by Advocate Nelson Chamisa’s party, including wanting the share of the money being given to Advocate Chamisa’s party on account of its performance in the 2018 election.

Whether the things Advocate Gutu is salivating for are feasible, I don’t know, but it portrays his Party and its leadership in very negative light, and add that to Dr Khupe’s remarks during an address of MDC members in the United Kingdom,  which I still think were taken out of context, the average Zimbabwean will conclude that Dr Khupe’s MDC-T are just after money, a tag that is very hard to shake off.

So, if Justice Mushore’s request was for the Party to revert to its 2014 structures, will the Extra Ordinary Congress which Dr Khupe is reportedly preparing for be legitimate if it does not constitute the Party’s structures as at 2014? The two parties went into the 2018 elections separately, and even if one used the results announced by the Zimbabwe Electoral Commission which gave Advocate Chamisa’s over 44 per cent of the total votes cast and gave about one per cent to Dr Khupe, it boggles the mind to imagine how Dr Khupe can retain the structures the party had as at 2014.

Questions then arise how constitutional in terms of the MDC Constitution as at 2014 would be Dr Khupe’s second Extra Ordinary Congress. Does she really think that her second attempt at an Extra Ordinary Congress will be any better than the first in terms of its constitutionality? My opinion is that she risks being dragged to the courts if she calls for an Extra-Ordinary General meeting, and proceeds with it without 90 per cent of the 2014 structures, and she will have dug her political grave.

Why then not agree that we have irreconcilable differences which cannot be resolved by court decisions and agree to part amicably and allow each other to go separate ways. While I am not a lawyer, I see that judgement as being only implementable only if there are love and mutual understanding between the two sides and a willingness by either side to get back together.

Dr Khupe, the fact that you are working on a second attempt at an Extra Ordinary Congress may be misunderstood by some that you are desperate, greedy, unreasoning and bitter, and I am sure you are none of that, so please show reason and maturity, call your brother Advocate Chamisa, hug and kiss each other goodbye. The two party leaders may as well discuss how they want to relate to each other as a brother and sister in the struggle, and how their parties can relate to each other too.

Let’s love each other as people who started off together as it makes it easier when at some later point in life we get attracted to each other again. After all, the bible says to love one another and love thy neighbour.