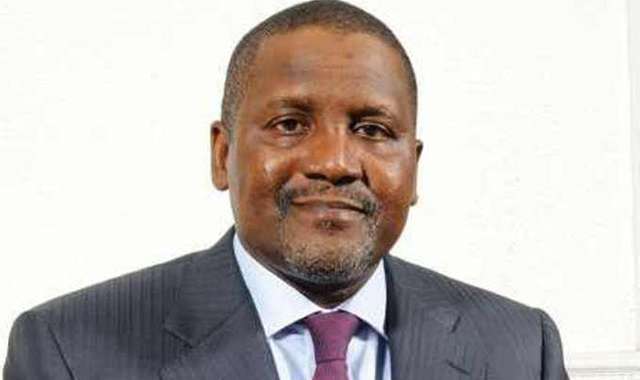 The team will be in Zimbabwe for 10 days.

The delegation is expected to meet President Mnangagwa and Mines and Mining Development Minister Winston Chitando.

He was then frustrated by the previous administration of Mr Robert Mugabe.

“It depends on the mineral potential that we are looking for,” he said.

“This time we are looking for coal.”

“The technical group is back in the country,” she said.

“With the new dispensation, things are going to move on smoothly. This is the team that the president of Dangote Holdings, Mr Dangote, has sent to Zimbabwe to do the groundwork before his major visit in the few weeks to come.

“They are here in the country for 10 days and looking for an investment of $1,5 billion.”

Buy Zimbabwe chairperson Dr Anxious Masuka said the visit by the Dangote team presented an opportunity for the country to create market linkages for the creation of wealth and jobs.

“This investment fits into our narrative — the use of local resources to ensure that there are jobs,” he said.

“The investment by this group will surely ensure that jobs are created.

“We are also looking into export opportunities out of those investments. I urge Zimbabweans to embrace this and the bureaucracy to quicken the pace so that we can realise this investment sooner than later.”

Mr Dangote is a Nigerian business magnate and owner of the Dangote Group.

The group has interests in commodities in Nigeria and other African countries. As of March 2018, he had an estimated net worth of $14,1 billion.

The firm is importing coal from Zimbabwe. Zimbabwe expects to grow its foreign direct investment portfolio to generate more jobs, create wealth and contribute significantly to its Gross Domestic Product as part of efforts to revive the economy.