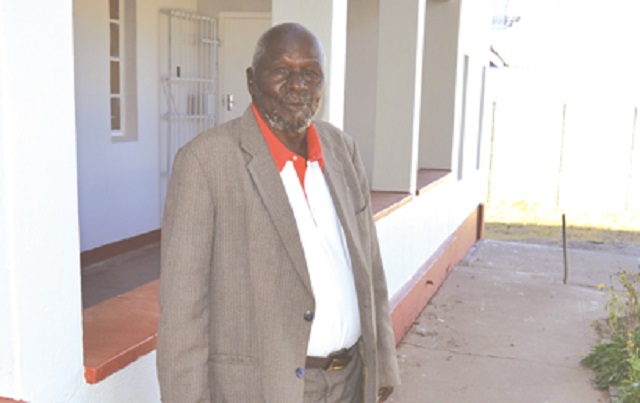 Walter Mswazie in Masvingo
FORMER Zanu-PF Gutu Central Committee member, Cde Asaniel Shumba who is also father to former Masvingo Urban member of the National Assembly, Dr Daniel Shumba has castigated his son for fronting G40 machinations, adding that was a betrayal to the revolution he fought for.

Mr Shumba lambasted his son, for being part of the G40 cabal saying he betrayed the revolution through siding with those that wanted to destroy Zanu-PF from within. The former MP was dismissed from the party for his links to the G40 cabal that was fronted by disgraced Professor Jonathan Moyo, Saviour Kasukuwere and former First Lady, Mrs Grace Mugabe.

“Emmerson Mnangagwa is very right and the move he took together with the army was very right, as he gave us the chance to breathe. The difference between Mugabe and Mnangagwa is that the former President was a detainee while President Mnangagwa has been a fighter during war of liberation,” said Cde Shumba.

“It has been a year without seeing my son, Daniel. I am told he formed a party but I am fully behind President Mnangagwa. He betrayed the revolution by joining the G40 cabal,” he said

Cde Shumba said as long as President Mnangagwa receives support from the people, he has what it takes to rejuvenate the economy. He castigated Mr Mugabe’s Government, as one of the most corrupt in the world, as people looted, even under his nose. A nationalist, Cde Shumba also said President Mnangagwa was persecuted by the settler regime for fighting for the rights of the Zimbabwean populace.

“The worst vice that brought Zimbabwe to its knees today is corruption. This has been eating into the country’s fabric like an aphid and we thank our new President who is making efforts to nip it in the bud. He is the right man for the job and we hope he will continue being our leader. He only needs time to rebuild the economy which has been in the murky waters for the past of 38 years. It was not a blunder for the party to choose Mr Mugabe as a leader but he was supposed to know when to quit,” he said.-@walterbmswazie3