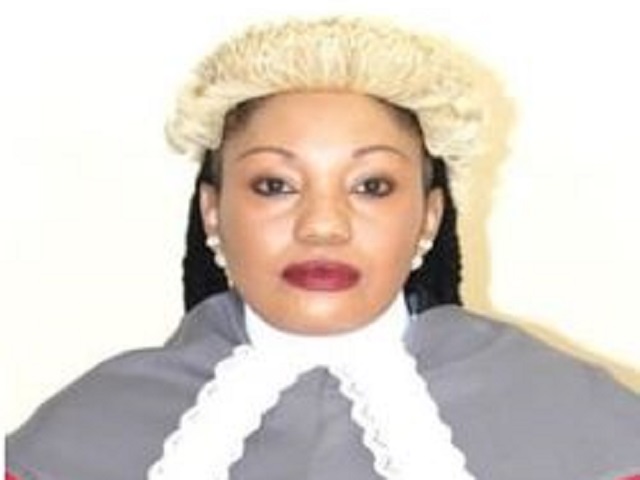 Tinomuda Chakanyuka/Robin Muchetu, Senior Reporters
THE Zimbabwe Electoral Commission (Zec) said it has started de-duplicating of Biometric Voter Registration data, as it prepares to produce the provisional voters’ roll for inspection ahead of this year’s harmonised elections.

In an interview on the sidelines of the just ended Zimbabwe International Trade Fair in Bulawayo, Justice Chigumba expressed satisfaction at the progress made so far in the voter registration process. She said the de-duplication process was running parallel to the production of the voters’ roll.

“At the moment we are doing de-duplication, we are cleaning double registrants from the voters’ list which we obtained from the BVR exercise,” she said.

Justice Chigumba explained how the BVR data was being stored in one main consolidation server which is tamper proof with two other servers that have strict firewall being used to duplicate and clean the data.

“The Biometric Voter Registration system is tamper proof for the simple reason that the data which we have collected is housed in something which is called a consolidation server. The consolidation server is the master server that contains all the information. We then have other servers which we are using to correct that data and clean it. Those servers have very strict protection firewalls. They have very strict hacker proof access level passwords that are tamper proof. That I can assure Zimbabwean voters,” she said.

Justice Chigumba added that Zec, after completing the de-duplication exercise would start working on producing the provisional voters’ roll for inspection.

“In terms of the road map, what we are looking to do at the moment is to produce the provisional voters’ list for the inspection which is the next stage.

Justice Chigumba said Zec was also in the process of procuring election material and training trainers for the voter education exercise.

“We are also in the process of procuring election materials, we are doing training of those who are going to train voter educators,” she said.

Justice Chigumba said she was happy with the Government for availing the necessary funds for the process of producing the provisional voters’ roll, inspection and voter education.

“I’m very happy to report that the Government of Zimbabwe, through Treasury has provided the necessary funds for the process of producing the provisional voters roll, inspection and voter education.

“So we are quite pleased. At the moment, I can’t really say we have a lot of challenge except to say that the de-duplication process is an ongoing process which is running parallel to the production of the voters’ roll,” she said.

According to Zec data as at 19 April this year 5 428 660 people had registered to vote under the BVR exercise.

Harare Metropolitan Province had the highest number of registrants, 849 834 while Bulawayo had the lowest 238 302.

Matabeleland South has the second least number of registrants, 249 770 followed by Matabeleland North with 326 862.

“There has been a distinct improvement in the way in which reporting has been done and on how all political parties have been allowed to express themselves. So I am quite optimistic about this,” she said.

Justice Chigumba said a Media Monitoring Committee has been set up to monitor the activities of the media on elections but is not yet fully operational.

“A Media Monitoring Committee that was set up by Zec can only be functional after the President has announced the dates of the elections. This committee has only been constituted in its preliminary stages as an interim committee. It has not yet gone into full mode of monitoring as required by the law and required by regulations that govern that committee,” said Justice Chigumba.-@irielyan