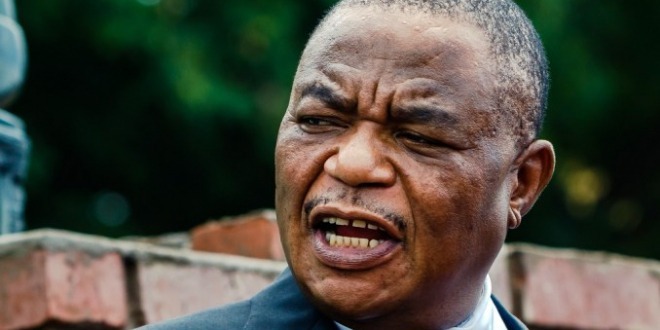 VICE-PRESIDENT Constantino Chiwenga yesterday suspended holding of by-elections to fill in seats for recalled MDC Alliance MPs and councillors, as the Zimbabwe Electoral Commission (Zec) confirmed in a Government Gazette the filling of 15 seats by MDC-T interim leader Thokozani Khupe and her acolytes.

The by-elections were scheduled for December, but Chiwenga, who doubles as Health minister, in a statutory instrument suspended them citing COVID-19 fears.

Khupe, who performed dismally in the July 2018 presidential election after garnering a paltry 45 000 votes, is expected to be leader of the opposition in Parliament.

In his capacity as Health minister, Chiwenga amended Statutory Instrument 225A of 2020, Public Health COVID-19 Prevention, Containment and Treatment)(Amendment) Regulations, 2020 (No 4), to allow for suspension of the by-elections.

“Pursuant to subsection (2), the holding of any by-election to fill a casual vacancy in Parliament or in a local authority is for the duration of the period of the declaration of COVID-19 as a formidable epidemic disease, suspended, and if such vacancy occurred while such declaration is in force, no part of the period from the date of such vacancy to the date of the end of the declaration shall be counted for the purposes of section 158(3) of the Constitution.”

In General Notice 2553 of 2020, Zec chairperson Priscillah Chigumba said: “It is hereby notified, in terms of section 39(7)(a) of the Electoral Act [Chapter 2:13], that persons listed in the Schedule nominated by the MDC-T party to fill the vacancies that occurred among the party-list members of the National Assembly and the Senate following the recall of the incumbent members by the MDC-T party on the grounds that they had ceased to be members of that party, have been approved as National Assembly party-list members and Senators respectively with effect from the date of publication of this notice.”

MDC-T acting spokesperson Khalipani Phugeni last night said: “Yes, I have seen the Government Gazette. I’m not sure as to when they will be sworn in as Members of Parliament.”
Before yesterday’s announcement, most political parties had already hit the ground running canvassing for support ahead of the by-elections which Zanu PF recently said would have been a dress rehearsal for the 2023 general elections.

Zanu PF and the led MDC-T yesterday welcomed the deferment of the by-elections, with Chamisa’s party saying the move exposed capture of State institutions by the ruling party.
“We remain bound by any regulation that has to do with reducing the spread of COVID-19. As far as the party is concerned, we are ready about any eventuality in terms of by-elections,” Zanu PF acting spokesperson Patrick Chinamasa said.

“I want to believe that they are taking into account that it is difficult under COVID-19 for political parties to campaign. For that reason, Zanu PF supports that. It becomes very difficult to campaign under the circumstances and for as long as that situation is obtaining, I believe that the government has done the right thing.”

MDC-T acting national chairman Morgen Komichi said: “As responsible leadership, we cannot go against the pandemic like that. We leave to the authorities to guide us. Though we need by-elections as a matter of urgency, let us wait until we have a favourable environment for people to freely campaign and vote,” he said.

“What has happened now is a demonstration of Zanu PF control of State institutions. There have been unconstitutonal recalls of our elected officials knowing very well that they want to suspend elections, so this is a well-planned game working with the rebels (MDC-T),” he said.

MDC Alliance secretary for presidential affairs Jameson Timba in a tweet last night said Khupe’s return to Parliament was “a travesty of justice”.

“Khupe is now a member of parliament. She participated in elections as a Presidential candidate and got 45 000 votes against Nelson Chamisa’s two million plus. Her party secured two seats. Today she occupies a seat of a person who defeated her candidates. This is a travesty of justice,” he said.

Lawyer and political analyst Alex Magaisa said: “Critics warned that COVID-19 would present an opportunity for dictators to mount an assault on democracy. Statutory Instrument 225A effectively banning by-elections in Zimbabwe is living proof of it. (President Emmerson) Mnangagwa is lifting restrictions in other areas, but not on elections.
“But the legality of this statutory instrument is doubtful. It seeks to amend not only the Electoral Act, but also the Constitution. The Minister of Health does not have power to do that. Second, the SI cannot operate retrospectively as it seeks to do. It is all very clumsy.”

Zimbabwe has recorded 7 858 confirmed cases, including 6 322 recoveries and 228 deaths according to the Health ministry.

Neighbouring Malawi held presidential elections in June in the midst of the pandemic and the United States of America, where the virus has killed about 200 000 people, will hold presidential polls next month.