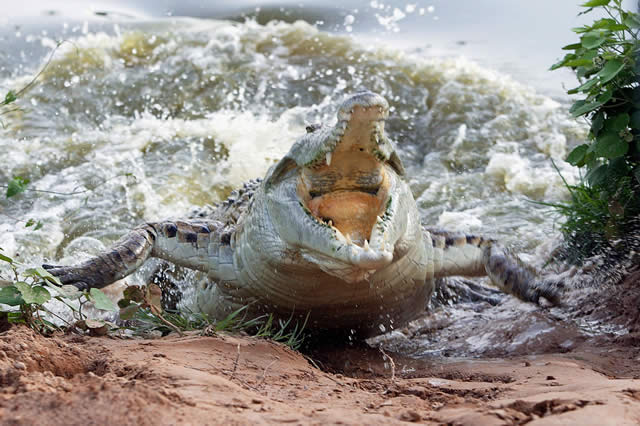 A BINGA District Development Fund (DDF) employee was attacked and killed by a crocodile while collecting fishing worms at the council sewage pond on Saturday morning.

Banda said Mhunga’s body was retrieved, but the crocodile, which was roaming in the waste water, was yet to be captured.

She urged the public to stay away from huge water bodies as they risked attack from crocodiles.

“We would like to inform the public to look after their children and also not to try crossing flooded areas as there might be risks of crocodile attacks,” she said.

Zimbabwe Parks and Wildlife Management Authority spokesperson Tinashe Farawo said he had not received the report.

Binga residents said they were living in fear as crocodiles were being seen everywhere.