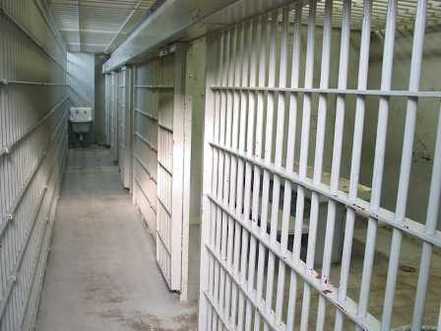 A Bulawayo family is struggling to come to terms with their son’s death while in police custody at the Nkulumane police station as they suspect foul play.

Brian Nkiwane, aged 23, died on Sunday evening while in detention.

Police say Nkiwane hanged himself, but his family suspects foul play and is demanding justice.

Nkiwane, an apprenticeship mechanic, was arrested around 2pm at a roadblock along Khami road for allegedly failing to display licence and insurance discs in a vehicle he was driving.

The family was told by the police that Nkiwane was later taken to Nkulumane police station and officially detained after 9PM.

Police say he committed suicide by hanging himself with a blanket around 11:30 PM.

The family, however, has questioned the police version of events demanding an independent investigation and filed a complaint with the CID Homicide urging them to institute a probe.

“We suspect foul play because the police version of events leading to his supposed suicide does not add up.

“For example, the police said he committed suicide and later said it was sudden death.

“It all does not make any sense,” his uncle Sitwala Nkiwane said in an interview on Thursday.

“He was kept at that roadblock from 2pm up until after 6pm for detention.

“At the camp, in the docket it was recorded that he was detained around 9pm but in his last communication with some of our family members, he informed them (family) he was being locked up in a cell and that was around 11pm contrary to what the police records show.

“The cops claimed that he had hanged himself with some blanket with which he made a rope with.

“I cannot imagine that he used his bare hands to cut the blanket to make a rope to hang himself.

“In his belongings, the police recorded that he had a belt and a t-shirt, but surprisingly his belt was in two pieces indicating that something happened with his belt.

“There is a possibility that the belt strangled him until it broke into two pieces,” Nkiwane added while shedding  tears.

“We were told that there was one inmate in the cells when he was being detained.

“We asked them to direct us to the person so that we find out from him what really transpired but the cops have refused saying he is under their protection whatever that means.

“We met the Nkulumane officer in charge and we flatly told him that we want an independent investigation and that we are opening a docket as we question their version.

“We even went to the CID Homicide department seeking an investigation into his death.

“The OIC on Wednesday informed us that the CID Homicide department is now handling the matter.”

However, this is not the first time a Bulawayo family has lodged a complaint over police conduct.

In May 2020, Paul Munakopa’s family sought the involvement of private investigators to probe his death after expressing fears that there “is something that police want to hide.”

Munakopa succumbed to police gunshot injuries after admission at a local hospital on the night of May 20 following an alleged high-speed vehicle chase in Hillside, Bulawayo.